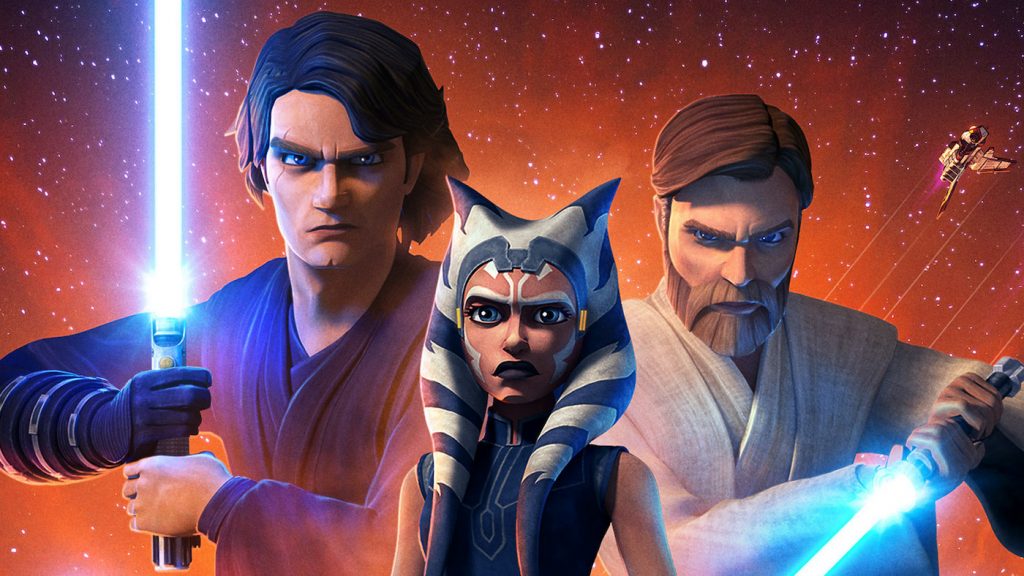 Watch the Final Season Trailer for Star Wars: The Clone Wars, Which Heads to Disney+

If you’ve devoured The Mandalorian, have seen Star Wars: The Rise of Skywalker, and are despairing over the years-long wait until the next Star Wars film in 2022, there’s some hope still left in the galaxy. The final season of the animated series Star Wars: The Clone Wars will begin streaming on Disney+ on February 21. What’s more, we’ve got the trailer for the final season for your viewing pleasure.

The Clone Wars comes from Dave Filoni, one of The Mandalorian‘s directors and executive producers. The new episodes in the final season will build upon the plots in the original series, while hurtling towards the events in George Lucas’s film Star Wars: The Revenge of the Sith.

The Clone Wars was created by Lucas, with Filoni shepherding the series as executive producer and supervising director. The series stars Matt Lanter as Anakin Skywalker, Ashley Eckstein as Ahsoka Tano, Dee Bradley Baker as Captain Rex and the clone troopers, James Arnold Taylor as Obi-Wan Kenobi, Katee Sackhoff as Bo-Katan, and Sam Witwer as Maul.

If you’ve got a hankering for more Star Wars, well, we’ve got a lot. Here’s J.J. Abrams on why he made Rey [SPOILER ALERT]. Check out these three new behind-the-scene images. If you don’t mind potential spoilers, check out this new clip featuring Kylo Ren and a certain legendary character of yore. Behold some epic lightsaber action. These 8 new photos include the mysterious Knights of Ren. Check out Rey rocking the double-edged lightsaber, glimpse these four new photos (including the flying Stormtrooper), watch this clip of Leia holding a lightsaber (and more), or this clip of flying Stormtroopers, read about Lucasfilm president Kathleen Kennedy and writer/director J.J. Abrams meeting with George Lucas, watch the Knights of Ren and a Sith Trooper in action, behold the new character posters, read this helpful Star Wars timeline, watch the latest TV spot, read our breakdown of the final trailer, watch the final trailer itself, read our break down of a bunch of new images, and a have look at Rey and Kylo Ren (Adam Driver)’s complicated relationship.