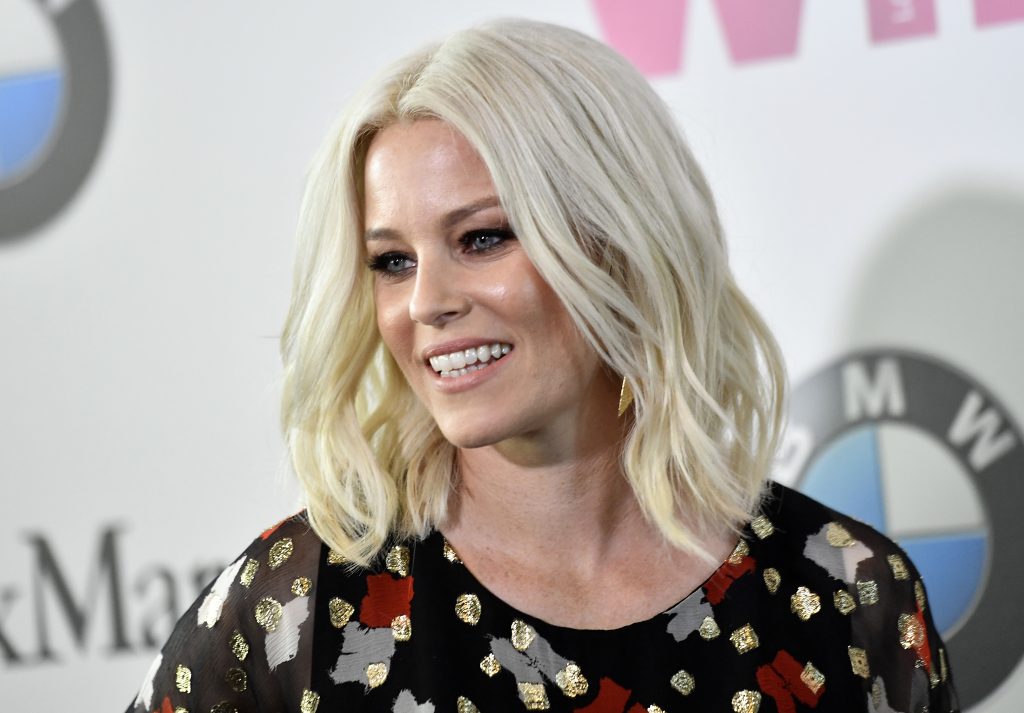 We’re still several months away from Charlie’s Angels, a film reboot of the 1970s TV series, directed by Elizabeth Banks. A previous photo from Banks last September sent her followers in a frenzy, wishing her good luck on the venture—and requesting to see a pic of Charlie’s newest group of gals.

This week, the director did just that, taking to Twitter once more to give us a behind-the-scenes look of the franchise’s newest angels: Ella Balinska, Kristen Stewart and Naomi Scott.

Wham! Bam! Kapow! Good things come to those who wait.

Elizabeth Banks is not only directing Charlie’s Angels. She also co-wrote the script with David Auburn and Jay Basu, will act in and produce the movie. How is that for a quadruple threat?

You’ll also notice that Banks also makes reference to the 4% Challenge in her Tweet. The campaign, started last month by Time’s Up and the Annenberg Inclusion Initiative encourages Hollywood’s biggest names to commit to one project with a female director in the next 18 months. Actress Tessa Thompson (Thor: Ragnarok) became one of the earliest supporters of the movement, with Kerry Washington (Scandal), J.J. Abrams (Star Wars), and Jordan Peele (Get Out) later pledging to take part in the 4% Challenge.

Banks, along with Djimon Hounsou and Sir Patrick Stewart will together play multiple versions of Bosley, the never-before-seen owner of the Charles Townsend agency. The reboot will also feature Noah Centineo, Sam Claflin and Nat Faxon.

If you aren’t yet familiar with the work of Naomi Scott, you sure will be this year. The British actress will play Jasmine in Disney’s live-action remake of Aladdin, out this May. Charlie’s Angels marks fellow Brit Ella Baliska’s first major film, while Kristen Stewart—of The Twilight Saga fame—has flicks Underwater and Against All Enemies coming out soon.