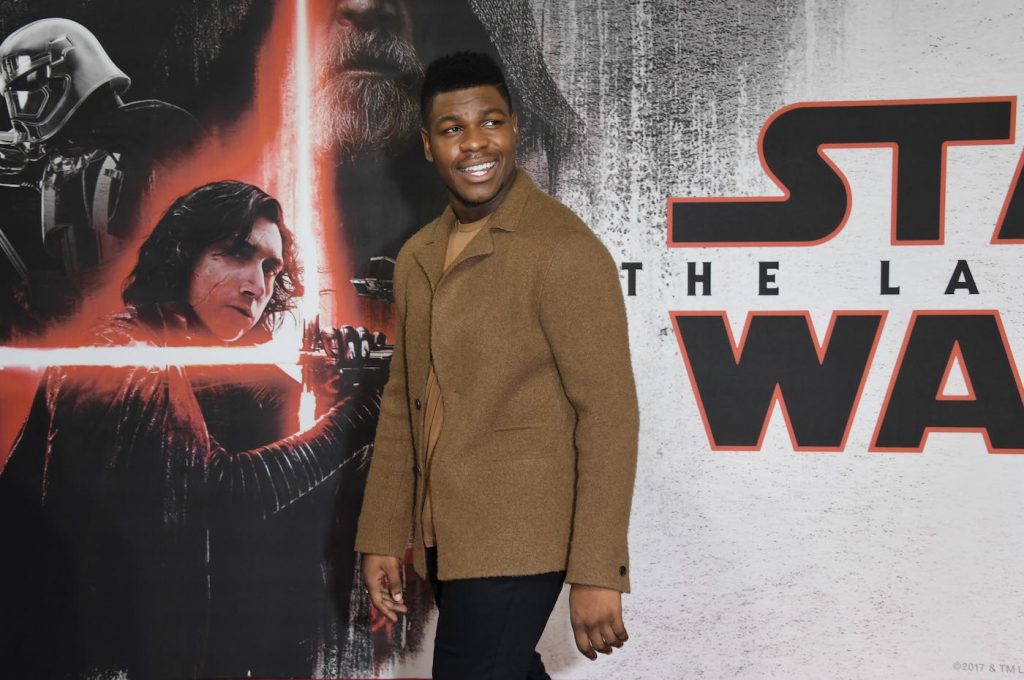 Star Wars has not lacked for wild moments. In fact, the entire, mega franchise has been built around them, from the first time we plunged into the Mos Eisley Cantina with Obi-Wan and Luke to the game-changing Darth Vader reveal in The Empire Strikes Back, the early films set the template for the big, shocking moment. Once J.J. Abrams launched the new trilogy with The Force Awakens, the major moments have been coming hard and fast (Han Solo’s death, anyone?). Rian Johnson took the baton from Abrams and created—by our lights—the most visually resplendent Star Wars films ever in The Last Jedi, filled with sequences that knocked our socks off. This is all to say that when Finn himself, John Boyega, claims that what he was just apart of on the set of Abrams’ Episode IX is “visually shocking,” we should take his word for it.

Great working day on set!! The whole team pushed themselves today to achieve something visually crazy! I’ve had many moments of shock on set but not like today and I can’t wait until you know why ??? #FN2187

The bloodied hands are intriguing, to say the least. We could go down a speculative rabbit hole trying to game out what he could mean by “visually crazy,” but it would be a fool’s errand. The Last Jedi left our heroes—Boyega’s Finn, Daisy Ridley’s Rey, Mark Hamill’s Luke Skywalker and Oscar Isaac’s Poe Dameron—in dire straits, to say nothing of the late, great Carrie Fisher’s General Organa. How Abrams handles General Organa’s fate will be of major interest to fans. Luke showed up at the end of The Last Jedi to help the desperate, nearly destroyed Resistance escape certain death, but they’ll be starting from behind—way behind—when Episode IX begins. Adam Driver’s tempestuous Kylo Ren is now in control of the First Order, and he’ll stop at nothing to destroy Luke and the rest of the shrinking Resistance.

Whatever “visually crazy” thing Boyega is referring to, and the fact he talked about how the team pushed themselves to achieve it, we can be almost certain it won’t just be some one-off moment of a spectacular alien creature or exotic, outer rim vista, but something narratively relevant. All the best and most shocking moments in Star Wars have been about something bigger than just shock value. In fact, the wildest moment in any Star Wars was so successful, it effectively rendered us all incapable of actually recalling what really happened. We’re referring to the aforementioned Darth Vader reveal, of course. It remains not only the most iconic moment in Star Wars history, it’s one of the most iconic moments in film history, period—yet it never actually happened, at least not the way you remember it. Darth Vader never actually says “Luke, I am your father.” Seriously. The actual quote? “No, I am your father.”

It doesn’t have quite the same ring to it, does it? Yet the moment retains its shock value nonetheless because it mattered so deeply to Luke, to Empire, and to the entire world George Lucas was building. We’ll have to wait until December 20, 2019, when Star Wars: Episode IX is released to see if we can pinpoint the moment Boyega is referring to, but we can bet it’ll be shocking not only visually, but emotionally, too.