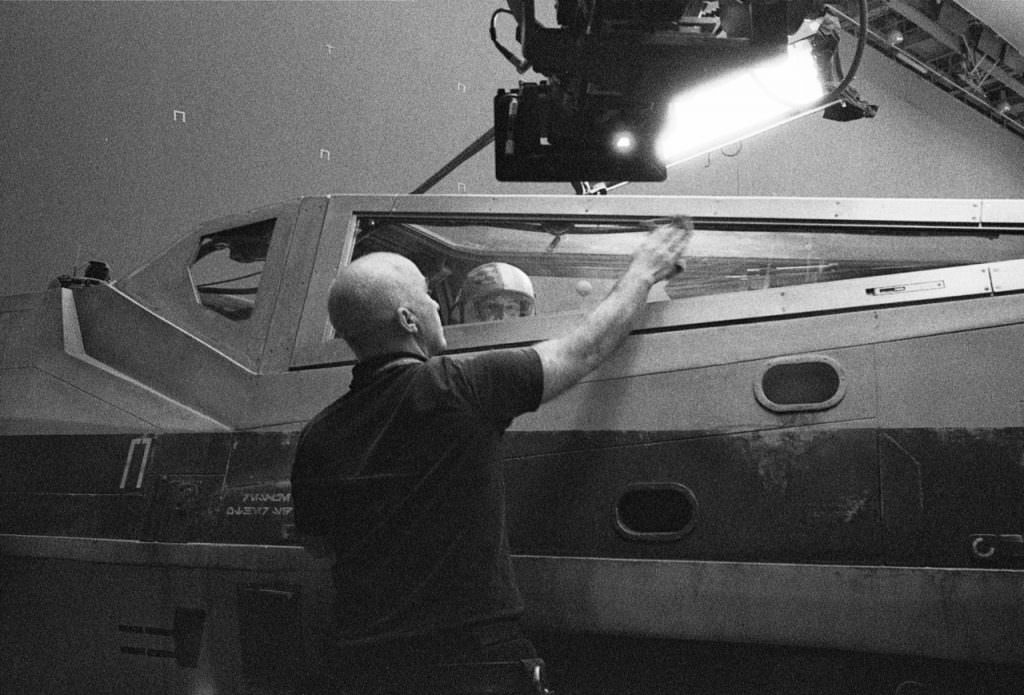 While Star Wars: Episode VIII is in the midst of filming, actors naturally come and go depending upon their shooting schedules. This means they also occasionally need to do promotion for other films they're in, which is the case for Oscar Isaac and X-Men: Apocalypse (the premiere was in London), and, in John Boyega's case, he was down in Cannes to accept the Trophée Chopard. What this means is journalists can then ask them about Episode VIII, which of course they did.

Entertainment Tonight got Isaac to open up (a bit) about what it's been like on the Episode VIII set: "Obviously it’s this huge, huge thing but it’s more about the quality of what it feels like to film specially with the new additions to the cast, like Laura Dern and Benicio Del Toro, they’re incredible actors and Rian [Johnson], his sensibility is one of smaller films. So, within all of the bigness and the epic scope of the film, it does feel like we’re getting to find some of that nuance and that intimacy. Poe, he gets to be more a part of the story, and all of the characters in the film, they get tested, intensely. It’s a lot of conflict in it, which is great."

Meanwhile, John Boyega briefly spoke to Vulture at Cannes about a big name actor playing a Stormtrooper and his new cast mate, Kelly Marie Tam. If you remember, it was ultimately revealed that Daniel Craig played a Stormtrooper in The Force Awakens. It seems that now, the new rumor is another excellent British actor is going to play a Stormtrooper—Tom Hardy.

"Okay. Okay. Next time I go on set I’m going to release a helmet and see if Tom Hardy’s in there!" Boyega said. As for his new cast mate, he had a bit more to say.

"I love her. I love her. I think she’s fantastic. But she’ll tell her own story. I feel it’s always weird or wrong for someone the world hasn’t met, for me to come and start talking about her."

When pressed, Boyega tactfully retreated, knowing the powers that be at Disney won't truck any spoilers.

"Girl, you know I can’t tell you that! [Laughs.] I don’t know what I can and can’t say. [It depends on] what beeps in my head whenever I … [He indicates that he has an explosive device implanted in his temple]. But she’s fully in the movie, she’s a great character, and I can’t wait for you guys to be introduced to her."