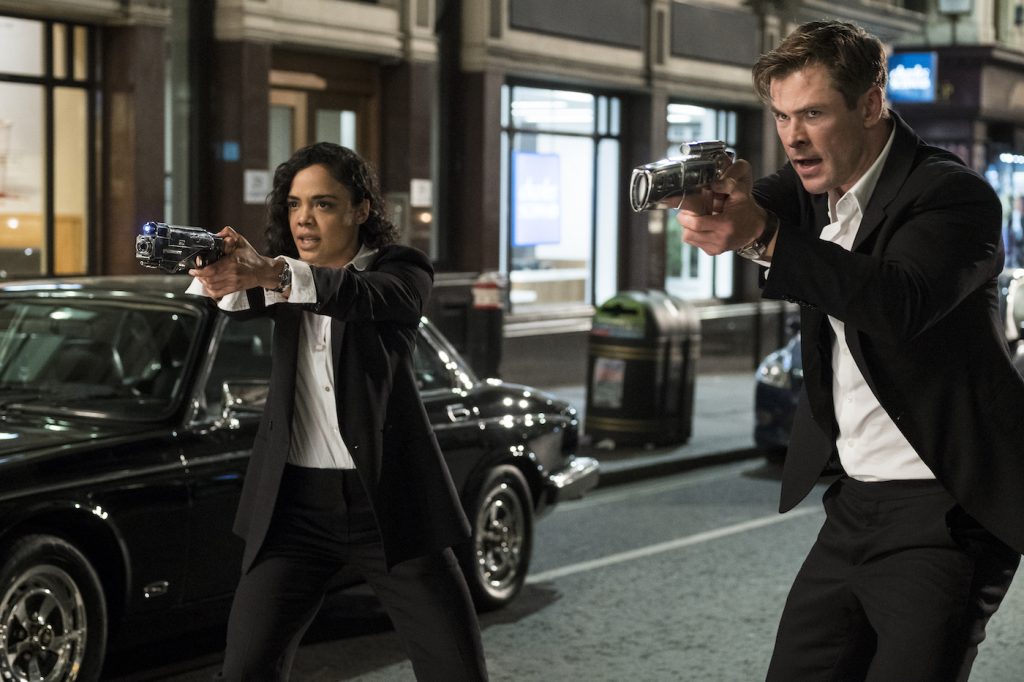 “We are a rumor, recognizable only as deja-vus and dismissed just as quickly.” These words come from Agent O (Emma Thompson reprising her role from Men in Black 3) as she preps the newest member of the Men in Black, Agent M (Tessa Thompson) in the film’s first trailer. Agent M is sent to London (hence the “International” in the reboot’s title) where she’s teamed up with Agent H (Chris Hemsworth) for an assignment that takes on global importance. The chemistry between Thompson and Hemsworth was evident in Thor: Ragnarok, although there was so much else going on in that film, including a talking Hulk and a giant wolf, that they didn’t get to share all that much screen time together. That won’t be the case with Men in Black: International—although their supporting cast is phenomenal (including Liam Neeson, Rebecca Ferguson, Rafe Spall, and Kumail Nanjiani)—this is going to be the Thompson/Hemsworth show. The first trailer proves that we’ve been right to be excited about F. Gary Gray (Straight Outta Compton)‘s MIB reboot—this looks like a lot of fun.

We don’t get a ton of plot information here, save for the reveal that the MIB organization has been compromised, the planet is in peril, and the job of saving the whole world falls to our trusty agents M and H. The script comes from the Iron Man duo of Art Marcum and Matt Holloway, and MIB veteran director Barry Sonnefeld (he directed the first three films in the franchise) and Steven Spielberg are executive producers.

The film seems like a perfect fit for our two stars, who have charisma to spare and who excelled in Taika Waititi’s colorful, comedic Ragnarok, which shares some DNA with MIB: International (aliens, cool gadgets, CGI wizardry). The first trailer definitely delivers just enough of the goods without really telling us much (their agency car doubling as a weapon depot is pretty cool), and Thompson and Hemsworth look like they’re having a lot of fun, which means we likely will, too.

Check out the trailer below. Men in Black: International opens on June 14, 2019.