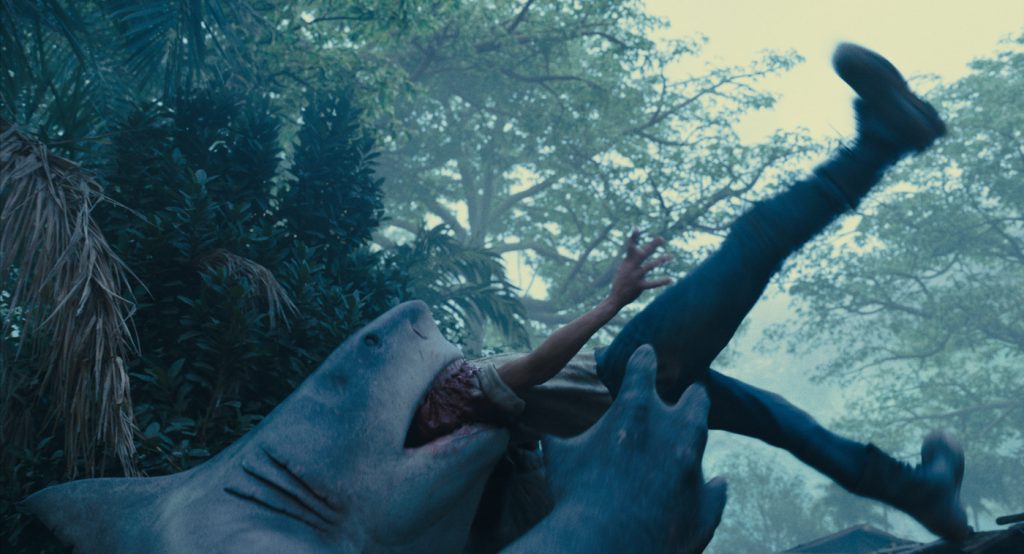 When Warner Bros. revealed the trailer for writer/director James Gunn’s The Suicide Squad on Friday, one thing became immediately clear—King Shark was a star. It was immediately apparent that King Shark not only looked oddly adorable, but there also was something endearing, and familiar, about his voice. Then Gunn revealed to the world that King Shark’s voice comes from a little-known actor named Sylvester Stallone. Upon learning this, you couldn’t help think, of course. Who better to lend their vocal chops to the lovable lunk than Sly, the man who made Rocky Balboa’s punchdrunk way of speaking such an indelible part of the character?

In a later Twitter thread, Gunn went further, describing why King Shark isn’t a hammerhead, how he pitched Sly to do the voice, and why the character isn’t ripped, like, say, John Cena’s Peacemaker, but rather unapologetically rocks a dad bod.

I did tests with the hammerhead design, which I love & originally thought I’d use. But having eyes on the sides far apart made it incredibly awkward shooting interactions with other people. You couldn’t really see him looking at the other person & the shots tended to be too wide. https://t.co/7Pos3tZgma pic.twitter.com/GlIzjQjutU

Tell me you wouldn’t want this guy getting your back?

We’ll get to see King Shark in action in the not-too-distant future—The Suicide Squad premieres in theaters and on HBO Max on August 6.