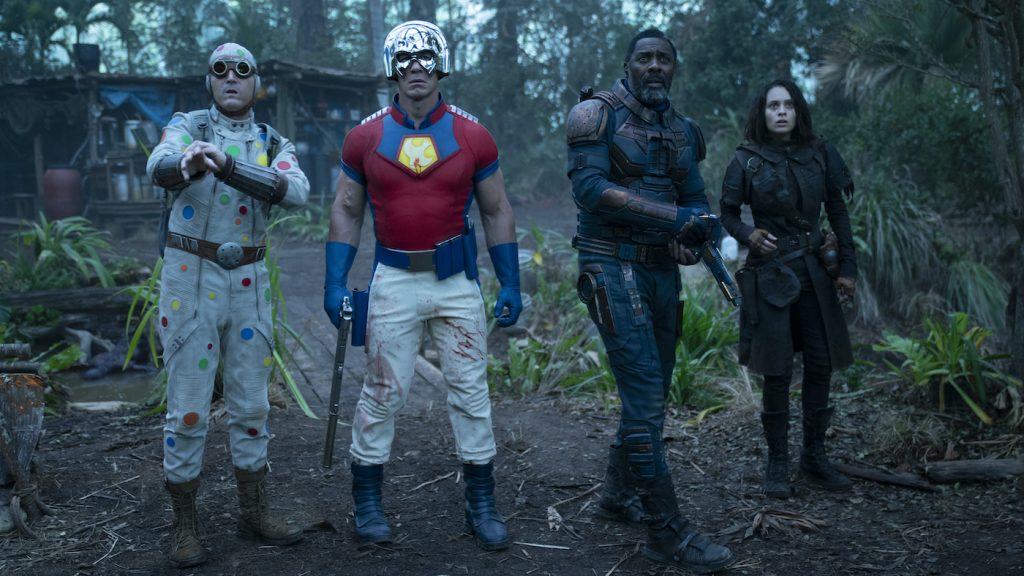 Writer/director James Gunn promised us The Suicide Squad trailer today, and voila, here it is. Our first proper look at Gunn’s vision for DC’s most unscrupulous antiheroes, villains, and weirdos looks as gonzo as promised. Margot Robbie’s Harley Quinn, Viola Davis’s Amanda Waller, Jai Courtney’s Captain Boomerang, and Joel Kinnaman’s Rick Flag return from 2016’s Suicide Squad and are joined by a who’s who of DC’s most offbeat characters. Sure, Idris Elba’s Bloodsport is a proper antihero, but characters like John Cena’s Peacemaker, Michael Rooker’s Savant, Nathan Fillion’s T.D.K., David Dastmalchian’s Polka-Dot Man, and Sean Gunn’s Weasel are bonafide oddballs. Oh, and King Shark is possibly the most insane character of them all. And who plays him? Let Gunn explain:

The trailer is, in a word, joyous. From an opening gambit to save Harley Quinn to the whole thing being set to Steely Dan’s groovy and highly appropriate “Dirty Work”, this first glimpse at The Suicide Squad is hitting all the right notes. Taking a page from David Ayer’s 2016 film, Amanda Waller has once again offered a reduced sentence to the Squad if they complete her mission. The catch, of course, is if they try any funny business, she’ll detonate the explosive device she’s implanted in the base of their skulls. Tough boss.

The trailer is age-restricted, which means you’ll need to head over to YouTube to check it out here.

The Suicide Squad hits theaters and HBO Max on August 6:

From writer/director James Gunn comes Warner Bros. Pictures’ superhero action adventure “The Suicide Squad,” featuring a collection of the most degenerate delinquents in the DC lineup.