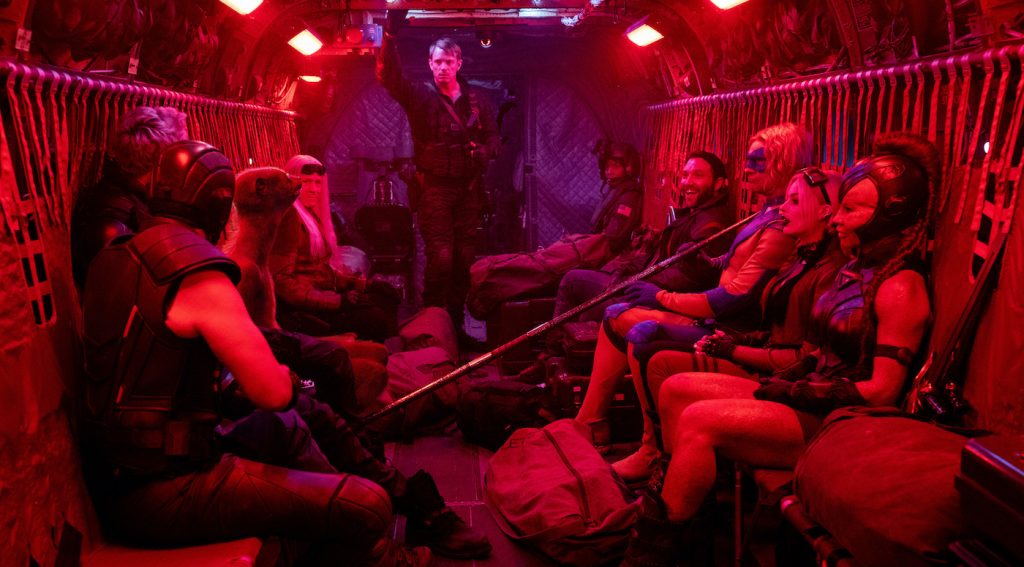 The Suicide Squad writer/director James Gunn took to Twitter yesterday to inform us that the release date is official, and the first trailer for the movie is dropping soon. Soon as in today. March 26. As for the release date, The Suicide Squad will be hitting theaters and HBO Max on August 6. He also revealed the film’s new poster, which shows the entire gang all suited up and ready to go.

We’ve been eagerly awaiting Gunn’s first foray into the DC universe for a long time now, and everything we’ve heard about The Suicide Squad makes it feel like the wait will have been more than worth it. Gunn’s vision for his band of baddies has been compared to a 1970s war film, only one populated by a cast of bonkers supervillains, weirdos, and antiheroes. The film’s cast includes a few members of the team David Ayer assembled in 2016’s Suicide Squad—Margot Robbie’s Harley Quinn, Viola Davis’s Amanda Waller, Jai Courtney’s Captain Boomerang, and Joel Kinnaman’s Rick Flag. The newcomers, of which there are many, include Idris Elba as Bloodsport, John Cena as Peacemaker, Michael Rooker as Savant, Nathan Fillion as T.D.K., and a whole lot more.

I’ll just drop this here. Did I mention that a trailer is coming tomorrow? #TheSuicideSquad pic.twitter.com/VmB9n0rFSZ

From writer/director James Gunn comes Warner Bros. Pictures’ superhero action-adventure “The Suicide Squad,” featuring a collection of the most degenerate delinquents in the DC lineup.