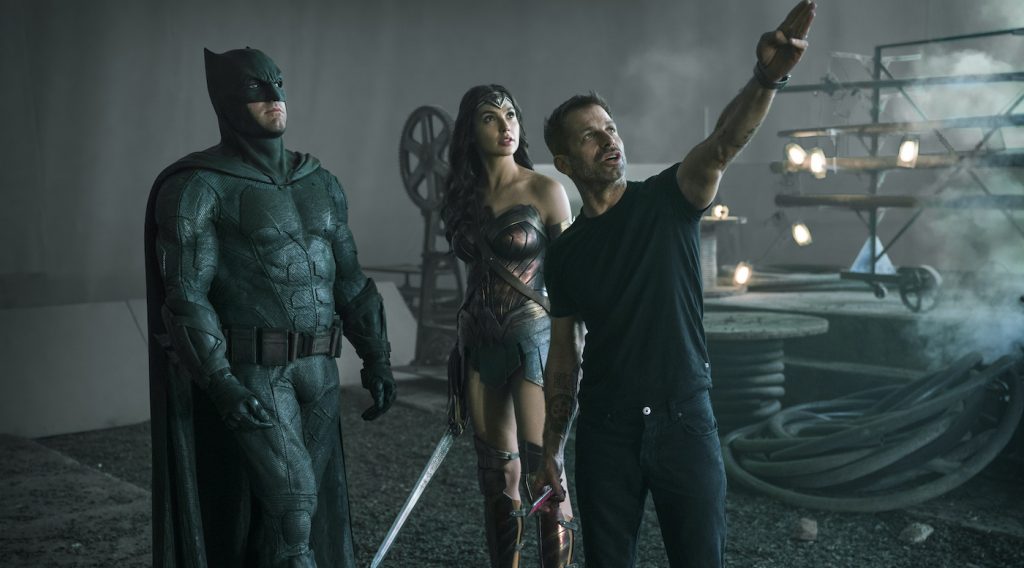 Don’t worry, we haven’t just spoiled Ryan Reynolds making a cameo in Zack Snyder’s Justice League, but it wasn’t completely out of the realm of possibility. Now that we’ve made it to premiere day, a final flurry of Justice League reveals feels like a fitting capstone to our countdown. In an interview with The Hollywood Reporter, Snyder reveals, among other things, that yes, he had envisioned Reynolds appearing in Justice League, reprising his role as the Green Lantern (he infamously played the green-hued superhero in 2011).

We’ve covered—at length—the long, winding road that led us to the release of the much clamored for Snyder Cut. Now, it’s time to look at a few of the curveballs along the way. One is the speculation that began on February 22 that Reynolds might be making a cameo in the film. Reynolds addressed and denied it, but what we didn’t realize at the time is that Snyder was really considering it.

“There was another idea I had for the Green Lantern that wasn’t Ryan, and so I thought that if we had gone down this path of Green Lantern, I would have had to have Ryan as the additional Lantern,” Snyder told THR. “Filling out the Lantern Corps a little bit more than, say, just one Green Lantern.”

That’s just one of the juicy nuggets Snyder reveals. Another is that the costumes they had to pull out of storage for the re-shoots had seen better days. Both Ben Affleck and Amber Heard required their Batman and Hera costumes, respectively, and found they hadn’t aged so well.

“Luckily it was post-apocalyptic, because we went through the three cowls that were in good shape,” Deborah Snyder, the film’s tireless producer, and Zack Snyder’s wife, told THR. “At one point, all of a sudden Ben put it on, and it just ripped. Because everything was disintegrating. Our costume people were like, trying to tape it up.”

“The costumes were definitely falling apart,” Zack Synder added. “But we held them together with some duct tape and baling wire and we muscled through. ”

As for that Jared Leto ad-lib, it’s what set the Justice League fandom on fire on February 14, when Leto’s Joker appeared in a new trailer debuted. “We live in a society,” the Joker says in the trailer. The line is a nod to a viral meme that has been around for years now. Yet it was ad-libbed by Leto when he came on board to shoot a new scene for the film, and it created a social media sensation.

“We went back and forth a bit, and I’ll give Jared credit for that little ad-lib there, because it was really, really beautiful,” Snyder told THR.

Snyder revealed that the scene he cooked up for the Joker and Batman was one of many ideas he’s had in the years between Justice League‘s 2017 theatrical release and the start of working on his Snyder Cut. He told THR, as many fans can attest, that he’d planted a slew of Easter Eggs in his previous DC films, and this Joker/Batman scene was one egg that finally hatched.

After getting Leto and WarnerMedia to come on board (neither happened automatically), Snyder ended up shooting Leto and Affleck separately. Then, like so much of his four-hour Justice League, Snyder and his team made it all work together in post.