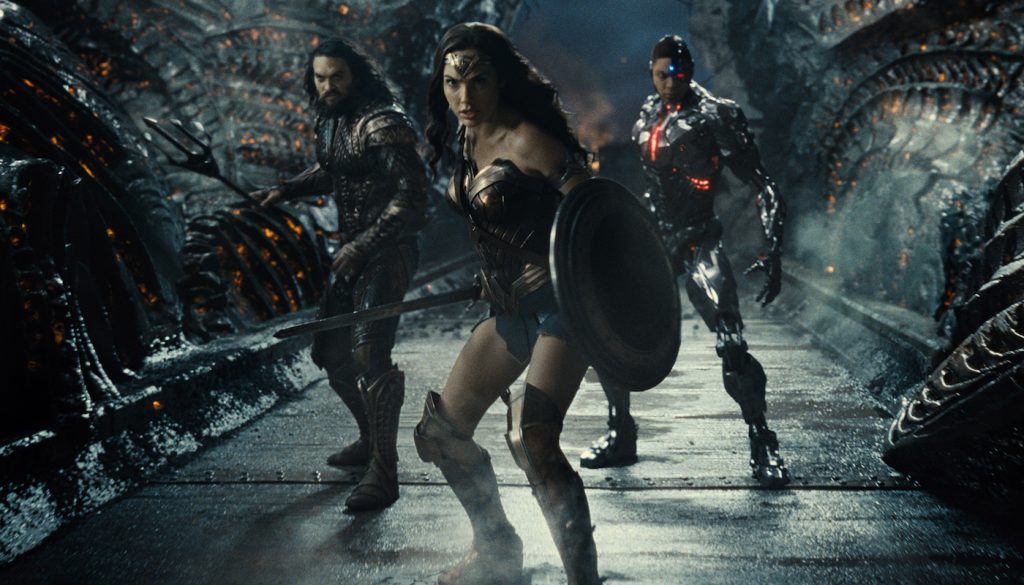 You may have heard we’re one day away from the premiere of a little film called Zack Snyder’s Justice League on HBO Max. It’s been a long, winding road from the theatrical release of Justice League back in 2017 to March 18, 2021, and there would be no new-and-improved superhero epic without producer Deborah Snyder. Snyder worked alongside her husband Zack to not only convince WarnerMedia that a Snyder Cut was worth it but to make it possible to pull it off in the midst of a global pandemic.

Speaking with The Hollywood Reporter, Snyder explained what it took. It helped that she’s one of the world’s foremost experts on bringing DC characters to the big screen. She produced her husband’s first foray into the DC universe with 2013’s Man of Steel, which introduced Henry Cavill as Superman. She produced 2016’s Batman v Superman: Dawn of Justice, which introduced Ben Affleck as Bruce Wayne and set the stage for Justice League. She also produced both 2017’s Wonder Woman and 2020’s Wonder Woman 1984, helping Patty Jenkins and Gal Gadot cement Wonder Women into the DCEU.

Yet even with all this experience, how did Snyder help convince WarnerMedia to invest in a new cut of a film that already premiered (Joss Whedon shepherded Justice League to completion after Zack Snyder had to leave the production), and pull it off on a truncated schedule and under extremely inhospitable circumstances due to COVID-19?

Snyder reveals to THR that, after the theatrical release of Whedon’s Justice League, she and Zack had kept a black-and-white cut of the film for friends and family, but they never expected it to be the seed to something larger. But then fans began clamoring for the “Snyder Cut” on social media, with that clamor reaching maximum volume on November 17, 2019, the second anniversary of the theatrical release. This led to some of the film’s stars—Gal Gadot, Ben Affleck, and Ray Fisher—joining the chorus. Thus begun the hashtag #ReleaseTheSnyderCut, and suddenly there was actual momentum.

Initially, the idea was to release the cut as it was on HBO Max without investing more money into it. Snyder helped put together a presentation that revealed the reach of #ReleaseTheSnyderCut on social media.

“We compared that to the top shows on Netflix, so we could then make the comparison of what the power of this fanbase was and how that translated into subscribers for HBO Max,” Snyder told THR about her conversations with Warner. “When they were like, ‘Well, we don’t want to spend the money on this,’ and then you are like ‘OK, but, you do see there’s an upside?'”

WarnerMedia was eventually swayed, and now the really hard work began. Working on new effects, finishing the film they were already working on (Netflix’s Army of the Dead), and plotting new scenes, Snyder helped oversee getting Affleck and Ezra Miller back for new scenes, as well as recruiting Jared Leto to reprise the Joker (he played him in 2016’s Suicide Squad). They managed this without ever having the actors appear together.

“Ezra was shooting Fantastic Beasts, so Zack directed him over Zoom,” Snyder tells THR. “His crew was gracious enough to shoot him, and Zack piped in over Zoom. Ben and Jared were not available on the same days, so they were shot separately. It was only three days. And we probably could have shot it faster, but with all the COVID-19 protocols it just takes a little bit longer to get things done. And also to get up and running with everybody. But it was so much fun.”

If you want a deeper dive into how Zack Snyder’s Justice League came about, and how crucial Deborah Snyder was to making it a reality, we suggest you read the full interview at THR.