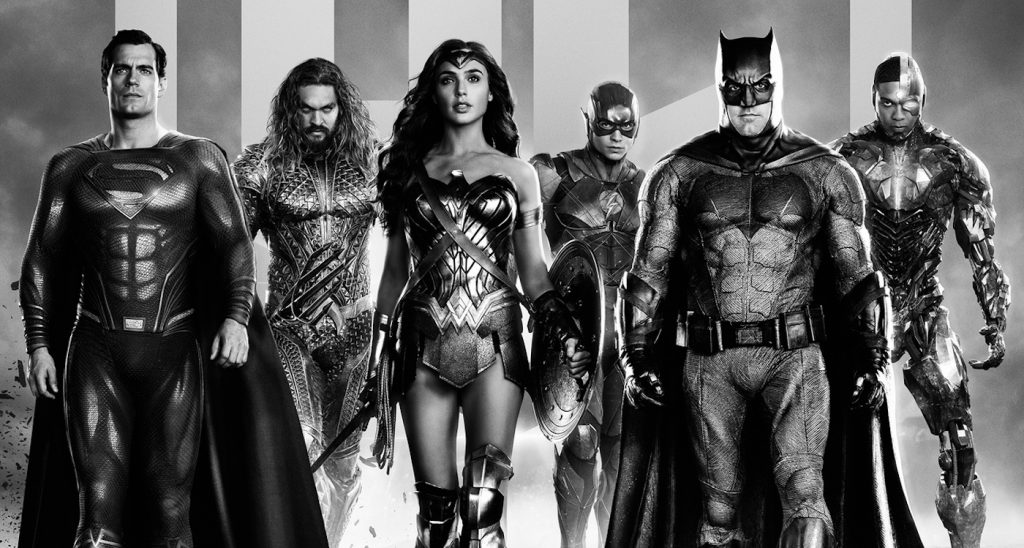 We are a mere three days away from the long-awaited release of Zack Snyder’s Justice League. To that end, HBO Max has released the second trailer, with Snyder’s return to his epic superhero ensemble premiering this Thursday, March 18, on HBO Max.

The new trailer brings Darkseid (Ray Porter) into the center of the action, with his mission to maul a divided planet finally revealed. The basic gist of Darkseid’s plan seems very solid, in fact. Without Superman (Henry Cavill) around to protect Earth, humans and their pitiable planet are now open for supervillain business. It’ll be up to Bruce Wayne (Ben Affleck) and his brand new super-team to try and beat back both Darkseid and Steppenwolf (Ciarán Hinds).

Speaking of Superman, we know he doesn’t stay in the ground for good. The trailer also gives us a glimpse of him rocking his black suit, definitely not a good sign for Darkseid or Batman, for that matter. At least not initially. Not only is this new trailer available, but so, too, are the first reactions to Snyder’s souped-up film. We’ll have more on those soon.

For now, feast your eyes on the official second trailer, and remember, Zack Snyder’s Justice League finally arrives on March 18.

Batman and Wonder Woman enlist a team capable of protecting the world from the impending threat of Steppenwolf and his Parademon army, who are scouring the universe for three hidden Mother Boxes that would enable Steppenwolf to transcend worlds, lay waste to all enemies, and restore his good standing with his master, Darkseid. Though most of Batman and Wonder Woman’s initial efforts are met with resistance, they ultimately recruit Aquaman, Cyborg, and The Flash. But in order to help preserve the future of mankind, first they must each overcome their own demons.

After Steppenwolf secures two of the boxes buried deep within Themyscira and Atlantis, the superheroes are forced to take advantage of Cyborg’s unique connection to the one remaining. Harnessing the box’s capabilities to resurrect a final team member, they inadvertently provide Steppenwolf with an opportunity to obtain it – setting him up for imminent domination. With DeSaad and Darkseid waiting in the wings and posing catastrophic threats of their own, can this unique band of heroes dismantle the Mother Boxes before Steppenwolf’s synchronization is complete?

An epic, unabridged, and wildly different cut that will more than satisfy the fans who championed its release, Zack Snyder’s Justice League offers a bounty of extended fight scenes; deeper dives into character history – including a brand-new backstory for Victor Stone, his father, and Star Labs, which ties directly into one of the Mother Boxes’; expanded roles for Steppenwolf, Lois Lane, and Martha Kent; two additional forces of evil; and so much more.