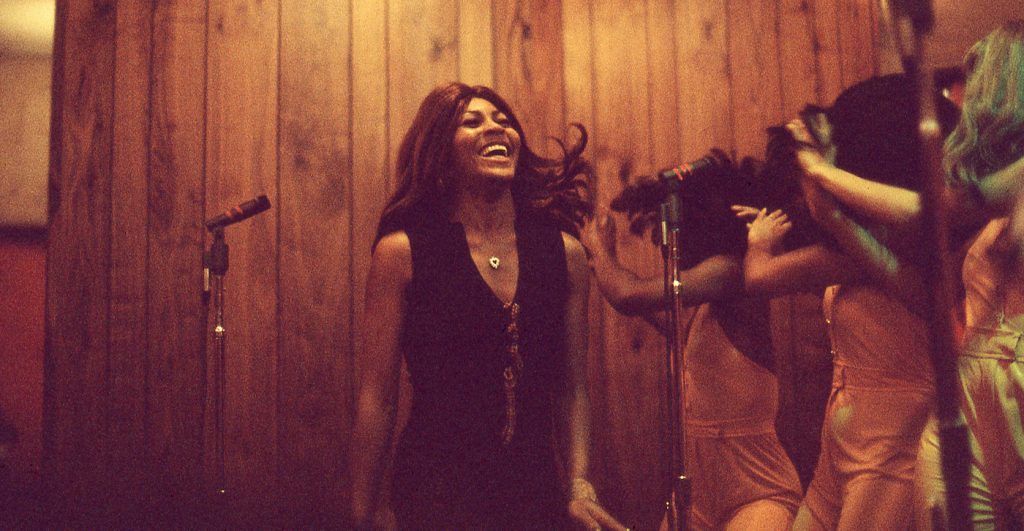 There are few living Americans as iconic as Tina Turner. The legendary musician seemed like an unstoppable force during her early career, a dynamo capable of anything, everything. Her partnership, both romantically and musically, with Ike Turner seemed idyllic. For 16-years they’d co-created some of the most compelling music being produced, including hits like “A Fool in Love” and “Proud Mary.” Everything seemed perfect.

As the details of her personal life and the abusive, toxic, and controlling behavior of Ike became public, Turner became more than just a musical juggernaut, but a survivor. “I started to really see I had to make a change,” we hear Turner say in the official trailer for Tina, HBO’s upcoming documentary about her. But that change would difficult, and there was no guarantee Turner’s career would survive.

Academy Award-winning directors Dan Lindsay and T.J. Martin offer frank conversations with Turner, from her home in Zurich, Switzerland, as well as a treasure trove of never-before-seen footage, audiotapes, and personal photos to tell the story of Turner’s life. Or perhaps we should say, lives. Left with little more than her name after her divorce from Ike, Tina Turner rose from the ashes of that miserable relationship to record, at the age of forty-four, “Private Dancer” in just two weeks in 1983. It became a cultural phenomenon, as did the single “What’s Love Got to Do With It,” which rose to the number one spot on the Billboard 100. “Private Dancer” went on to sell 12 million copies, and Turner’s rebirth was official.

By 1993, Turner was being played by another legend, Angela Bassett, in a feature film about her life. Tina covers all of this, with archival footage that spans 60-years, and interviews with luminaries like Bassett and Oprah Winfrey, as well as music journalist Kurt Loder, who co-wrote “I, Tina,” Turner’s autobiography. Needless to say, this all makes for rich material, and Tina promises to give us a glimpse of one of the most enduring, beloved musicians of the 20th century.

Check out the trailer below. Tina debuts on HBO on March 27.

Here’s the synopsis from HBO:

Tina is a revealing and intimate look at the life and career of musical icon Tina Turner, charting her improbable rise to early fame, her personal and professional struggles throughout her life, and her even more improbable resurgence as a global phenomenon in the 1980s. The documentary debuts SATURDAY, MARCH 27 (8:00 PM- 10:00 PM ET/PT) on HBO and will be available to stream on HBO Max.

This unvarnished, dynamic account features insightful interviews with Tina herself, conducted in her hometown of Zurich, Switzerland, and with those closest to her. It also features a wealth of never-before-seen footage, audiotapes, and personal photos, telling a deep and absorbing story about the queen of rock ‘n’ roll in all its complexity.