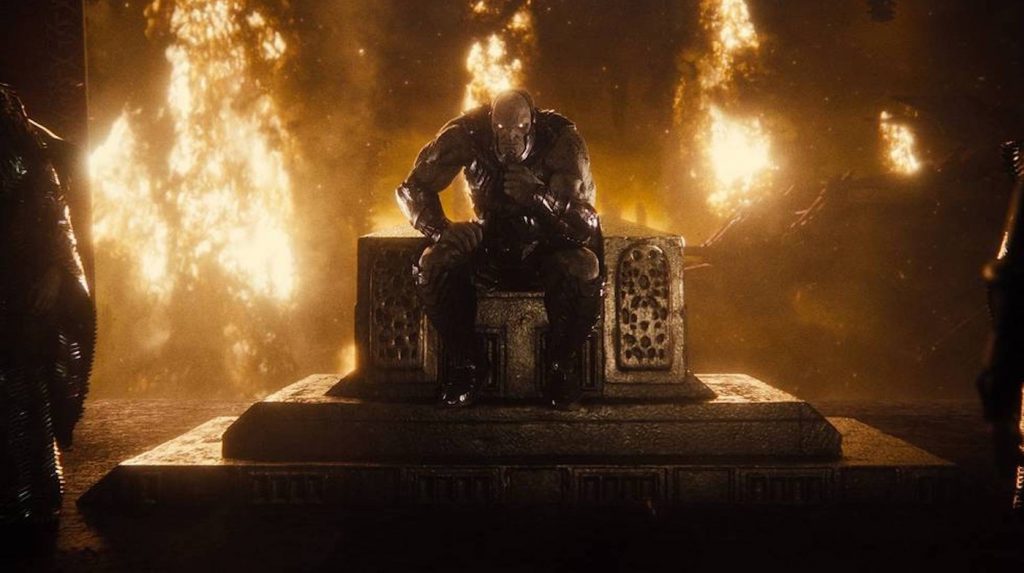 At four hours long, HBO Max’s Zack Snyder’s Justice League, a reworked version of the 2017 film started by director Snyder but finished by Joss Whedon, differs most obviously from its predecessor in length. Those two extra hours, however, do much more than simply pile up the story, even if the overall plot remains mostly the same. In revisiting what started as his film and now has definitively ended as such, Snyder added context, fundamentally changed the tone, and ditched most of the bantering and gag bits. Composer Thomas Holkenborg, also known as Junkie XL, added a new score, which replaced Danny Elfman’s, which had, in turn, replaced Holkenborg’s own first score for the 2017 version of the film. The villain Steppenwolf (Ciarán Hinds) got a redesign. Superman’s upper lip no longer looks weird, because Henry Cavill wasn’t sporting a mustache (grown for his role in Mission: Impossible — Fallout) which had to be removed with CGI.

Altering Justice League so thoroughly meant that many of the crew were also called back to redo or revise their earlier input. Among them was Scott Hecker, Supervising Sound Editor and Sound Designer on the Snyder Cut and Supervising Sound Editor on the 2017 version. Hecker, whose credits include Mad Max: Fury Road as well as titles from the DC universe, including Batman v Superman: Dawn of Justice and Man of Steel, is a long-term collaborator with Snyder. Having developed many of the sounds consistent across this particular universe, he was able to jump right in to reprise his earlier role. We got to speak with Hecker about signature sounds that were preserved or redeveloped as needed, reworking the sound editing for a more somber film, and that haunting opening Superman sequence.

How much of the original sound and sound design were you able to keep?

Actually, a good bit of the original sound design elements were used, because the early foundation of the sounds in the theatrical release were developed and approved by Zack back in early 2017 for his director’s cut version he showed the studio before he had to leave the project. Some of those sounds were originated in Man of Steel (Superman’s sounds) and BvS (some Batman and Wonder Woman sounds). When we started back up on the Snyder Cut, all of the original sound design elements had to be altered, modified, and sweetened to accommodate Zack’s new VFX and the darker tone. And then there were two hours of footage we had never worked on, so it was an archeological dig for what we could find from three years ago, sweetening and embellishing that material, and designing two hours’ worth from scratch.

What kind of conversations did you have with Zack Snyder as you got into this? For example, how did he lay out his vision, and how did you go about achieving it?

After working with Zack on eight films since 2003, we have a great shorthand and really didn’t have specific conversations about his vision per se, initially. One of the things I love about working with Zack is that he doesn’t overwhelm you at the beginning with a lot of discussion, he frees you to see what you come up with and then reacts to that: ‘that’s really cool but I think it could be better if…’, ‘hey, in that section you should know in the DC world this means this or that and the sounds need to reflect that…’, ‘this is what I was going for here,’ etc. At the first temp mix for his director’s cut to show the studio, he hears everything and gives notes on what he’d like different for the next temp mix, and by the time we get to the final mix, everyone’s familiar and comfortable with the direction of the sound design.

One of the first indications that this was going to be a vastly different film from the first version appears early on, with the sound of Superman’s death cry reverberating across the entire world. How was that achieved?

Early in 2017, this is one of the first sequences we were asked to rough out for the film editor’s Avid tracks. Nothing like starting with one of the more creatively challenging sequences in the film! My co-supervisor Chuck Michael and I talked about having Superman’s death yell all around us, all the time, at every location in the universe, to signify the message was being communicated that Superman was dead. We had many production takes of his death yell from the end of BvS, but they were relatively short, so Chuck set about layering and forward and reversing many different takes together so that there was no sense of repetition in this foundational bed of his traveling death yell. As the VFX developed, we saw more and more visual ‘waves’ of the yell passing by to denote its movement through the universe. To serve that premise, Chuck dopplerized the various takes of the yell that we had and appropriately synchronized them to each visual pass-by. I think it’s a super cool way to start the film!

What changes were made to Ciarán Hinds’s voice as Steppenwolf?

Being a CG character, Zack hired Ciarán for his Shakespearian-influenced acting abilities and not his physical presence, which would have been a far cry from Steppenwolf’s 12-feet stature. He wanted Steppenwolf to be a sympathetic yet ominous villain. Ciarán’s performance was amazing, but the quality of his voice did not lend itself to sell the desired ominous and booming nature of Steppenwolf’s character. We knew Zack wanted him to sound bad-assed, so it took a bad-assed Supervising Dialogue/ADR Editor, Lauren Hadaway, to come up with a process using various plugins and software to accomplish just that. This was no ‘set it and forget it’ processing. Because of the range of Ciarán’s performance, from whispers and conversation to excitement and yelling, Lauren had to painstakingly adjust the degrees of processing from syllable to syllable, word to word, and sentence to sentence. The catch was, the more processing she did to make him sound bigger (a frequent request), the less intelligible he became, and we couldn’t have that! In the end, we pushed the processing as far as we could go without sacrificing intelligibility. Great job, Lauren!

Each superhero clearly has their own skillset. How did that shape your work?

It shaped our work to create a lot of crazy sound design needed for this beautiful beast of a film! Superman’s signature sounds were mostly developed in Man of Steel, Batman’s in BvS, and a few of Wonder Woman’s at the end of BvS as well. For Batman, we still had to come up with the sound design for the Night Crawler, and the Flying Fox (the Batmobile, grappling hook, and Batarang were developed in BvS), and for Wonder Woman, the sound of her magic lasso (her power blast sounds were developed in BvS). From scratch, we had to develop all of Cyborg’s sounds, his computerization, his mechanical movements, servo movements, and flying sounds. Since he was still part human, we didn’t want him to sound like a robot with typical servo sounds, so we also ended up using processed synth vocalizations, bowed guitar strings, and other interesting sounds to cover his movements.

I imagine the Flash was no walk in the park (pun intended), or Aquaman for that matter.

We had to design all of Flash’s electrical and time warp sounds from scratch. We decided we didn’t want to just use all normal electrical arcs and zaps, so we also incorporated many different processed sounds, like dentist drills, glass breaks, tape measure whips, bullet ricochets, and synth oscillator sweeps. For Aquaman, it was mostly cool ringy-shingy sounds for his Trident and his power blast sounds that were different from Wonder Woman’s. We also needed to set the tone for his underwater world and make all the underwater action sound like it was indeed underwater. For Steppenwolf, we designed the sound of his mood-dependent percolating body armor, his humming, buzzing, and sparking battle-ax, as well as the slamming and undulating Boom Tube he used to travel from world to world. Besides Chuck and I, Casey Genton, Ando Johnson, Phil Barrie, and David Werntz contributed significantly. We had a great team.