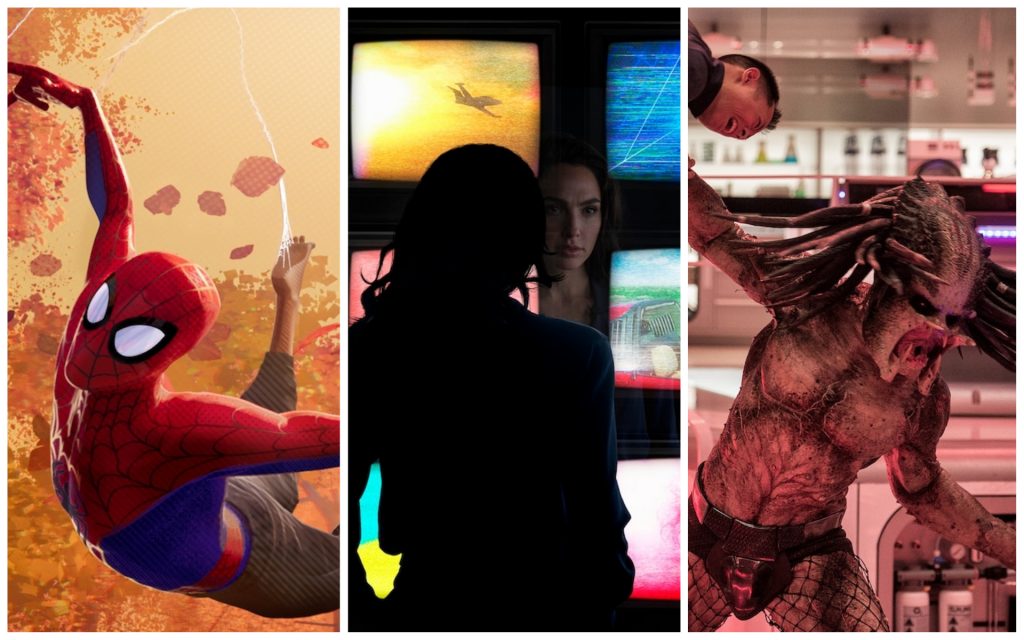 Here are the Films Coming to Comic-Con

We know you Comic-Con fans are dying to know who and what will be featured at this year’s annual event. The 2018 San Diego Comic-Con is approaching in one month, and the studios are dropping little hints revealing which movies will be found at Hall H. Let’s take a look.

Comic-Con fans will be sad to know that Disney will not be hosting its annual panel in Hall H. this summer. Does this mean no Avengers 4 info? Unfortunately so. Disney announced that the timing of the production of their current films did not line up with Comic-Con. It turned out that Marvel’s Avengers: Infinity War and Ant-Man and the Wasp will already be in theaters, and Captain Marvel is too early in the production stage to be featured. Disney never disappoints, so they felt it necessary to sit out this year. However, the studio won’t be completely sitting out of the convention—keep your eyes peeled for Captain Marvel’s costume.

Do not fret, because Warner Bros. is coming in hot. They’ll be debuting the Aquaman trailer. We’ve all been excited ever since last Friday when director James Wan tweeted out the news with a gleaming aqua blue logo.

Comic-Con will be insane!! This is the new glyph/logo. Freshly smuggled out of Atlantis! (stolen off King Orm’s belt buckle) pic.twitter.com/NLmIXUaXEM

Warner Bros. also said it’s quite possible to get a special look at David F. Sandberg’s Shazam!, as well as a glance at DC Extended Universe movie Wonder Woman 1984. And there’s more—Warner Bros. states we should look out for many of its other genre projects such as The Meg, The Nun, Mowgli, Fantastic Beasts 2, The Lego Movie, and others.

As for Sony, it’s very likely they will have two of its major Spider Man movies make a strong presence at Hall H this July: Venom and Spider-Man: Into the Spider-Verse. And rumor has it, we might get a sneak peak of Will Ferrell and John C Reilly’s comedy Holmes and Watson, or some spoilers from the thriller Searching, Alpha, Slenderman, and Goosebumps 2. But, anything is possible, so go see for yourself next month.

What makes you different is what makes you Spider-Man. Watch the new Spider-Man: Into The #SpiderVerse trailer now – in theaters this Christmas. pic.twitter.com/27dNuMeWna

20th Century Fox’s The Predator will be leaving its mark in Hall H. And although many Comic-Con groupies would love to see the notorious X-Men, Alita: Battle Angel, The Darkest Minds, and more, Fox reveals that it is pretty unlikely this year. This means the heat seeking alien in Shane Black’s Predator must be pretty hard core.

Bumblebee will be buzzing into Comic-Con next month as well, says Paramount Pictures. The lovable autobot will be making a special appearance. As for Universal, although they have many films that would make a perfect fit at the Comic-Con demo, word on the street is that they will be focusing on the sequel to Halloween, so things may be getting spooky.

San Diego’s Comic-Con has lots in store for us. Lionsgate revealed that although their upcoming films may not be featured, their booth will live up to the hype. And other smaller distributors have said they will play their movies that will positively shock the crowd. Anything is possible at Comic-Con so it’s definitely not an event worth missing.