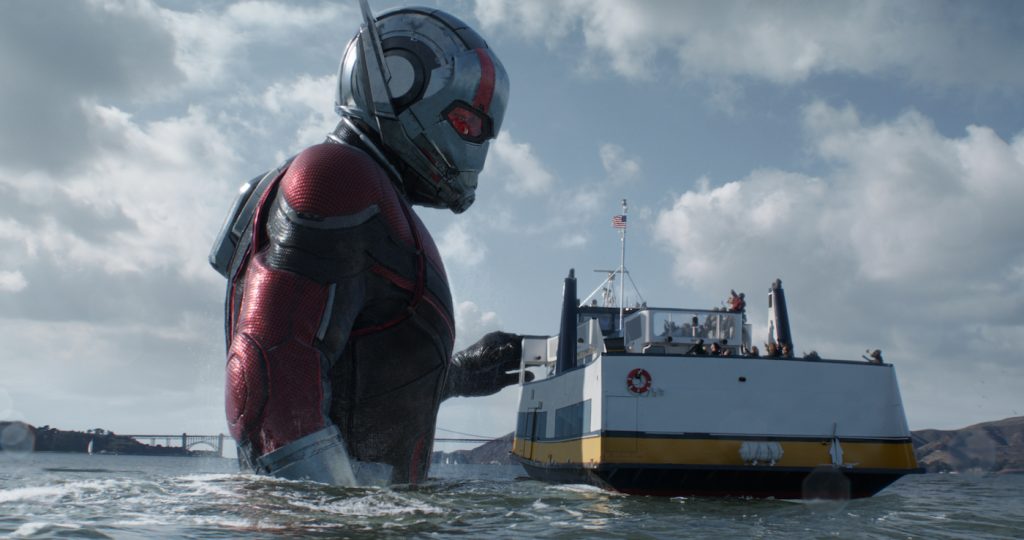 Just where was Ant-Man during the events of Infinity War? Fans of the Marvel Cinematic Universe have been wondering ever since the official poster and trailers were released, but theorize no more.

A new TV spot delivered the hilariously underwhelming answer to the question we’ve all been asking. He was on house arrest, passing most of his time playing an electric drum kit and using a fan to improve his Wookie-speak. Scott Lang (Paul Rudd) is a pretty chill guy, so it’s not a huge shocker that he didn’t try to lose his anklet and get in on the action. But it’s also important to note that the framing of this spot is more for the sake of the joke; it’s been discussed a number of times that Ant-Man and the Wasp takes place sometime after Captain America: Civil War, but not necessarily during Avengers: Infinity War. If the Ant-Man sequel was really taking place during Thanos’ clash with the Avengers, we have a feeling the action would stop dead in its tracks, considering, you know, the potential end of the world and all.

Having Ant-Man around during the battle in Wakanda might have been handy, though. He could’ve enlarged to fight Thanos and his henchman Black Dwarf, or he might have become invisibly small and pried an Infinity Stone loose from the Gauntlet. The Avengers seemed like they could’ve used an extra hand in any one of the fights during Infinity War, so Scott Lang was surely missed.

But back to the new teaser—just how did Scott land himself in his cushy prison? It’s hard to say, and we may have to wait until we see the feature to find out. The last MCU sighting of Ant-Man was at the end of Civil War (spoilers ahead) (have you really not seen it yet? It’s been two years). Following his clash with Tony Stark (Robert Downey Jr.), Steve Rogers (Chris Evans) made his way to the superhuman prison The Raft, freeing Lang and the rest of his posse. Whatever happened after that is a mystery at the moment, but considering Lang’s reputation with the law, and the destruction he caused in Ant-Man, we’re not too surprised he’s behind bars. Err, curtains.

At the end of the spot, Hope van Dyne (Evangeline Lilly), the titular Wasp, mocks Lang for his admiration for Captain America. She’s justified, considering how smitten he was when he met Cap at the airport in Civil War. Things got kind of weird before that Cap v. Iron Man fight.

Ant-Man and the Wasp lights up the big screen on July 6.