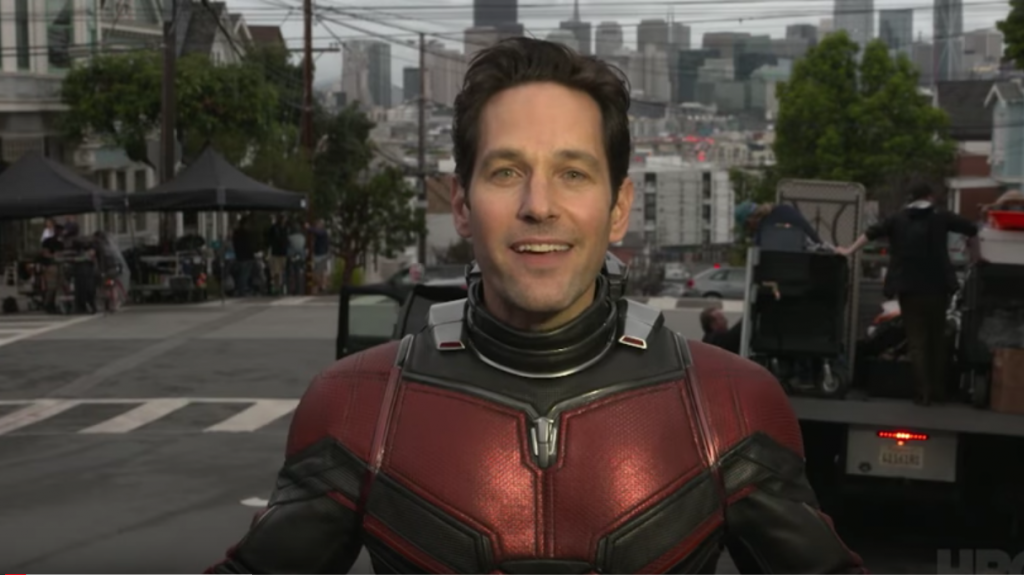 This Saturday night HBO aired Night of Too Many Stars: America Unites for Autism, a massive all-star benefit hosted by Jon Stewart that included stand-up performances, sketches and short films from some of the biggest names in Hollywood.

At one point during the show, they cut to Paul Rudd in full his full Ant-Man suit in San Francisco, where he’s busy filming Ant-Man and the Wasp. Rudd was happy to answer fans questions about the production, despite the fact that the Marvel is very serious about keeping details of their shoots under wraps. He had a stack of letters in hand and assumed fans were going to be very keen on finding out as much as they could about what kind of insane adventure the goofiest, most lovable member of the Marvel Cinematic Universe was going to be getting into. As you’ll see, things didn’t go quite to plan, as the folks who wrote in really had one question, and one question only, on their minds.

If you want to watch Night of Too Many Stars in its entirety, HBO has made the show available on their YouTube Channel. There are a lot of laughs to be had.