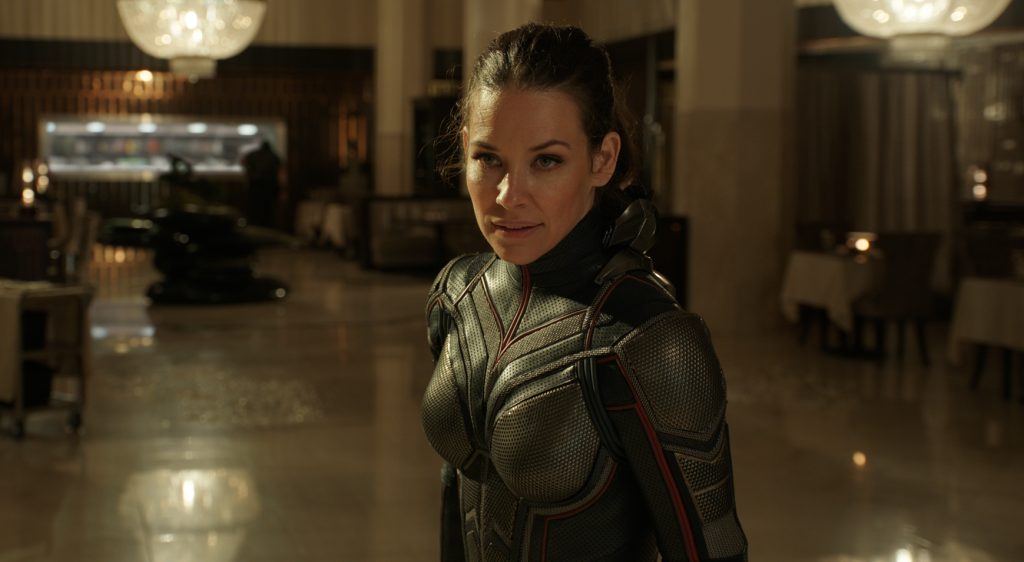 Just about all the oxygen in the Marvel Cinematic Universe is being hovered up, understandably, by Avengers: Infinity War. While the mega-blockbuster has all our attention, don’t sleep on the next film in the MCU right after it—Ant-Man and the Wasp. Paul Rudd’s diminutive superhero and his super-powered pal the Wasp (Evangeline Lilly) will have the honor, and the burden, of being the first film to follow up the Avengers (and just about every other Marvel character)’s fight with Thanos. It might be a daunting task, but we’re bullish on Peyton Reed’s sequel to his extremely satisfying introduction of the character in 2015’s Ant-Man. Now, now details have emerged, giving us a bit more of an idea of where Ant-Man and the Wasp is headed.

Rudd, Reed and Lilly spoke to EW about the story, which is centered on Hope van Dyne (Lilly) searching for her mother Janet (Michelle Pfeiffer), whose disappearance in the Quantum Realm years ago has shadowed Hope’s entire life. Lilly’s Wasp is the first female superhero to appear in the title of an MCU film, so it’s not surprising that it would be her quest that would supply the film’s narrative velocity. Lilly said this to EW about the distinction:

“It means a lot to me. If I’m honest with myself, I feel a lot of pressure to make sure that it is everything that the world wants it to be.”

Hope will have some help in her search, from both Ant-Man and Hank Pym (Michael Douglas), Janet’s husband. For the uninitiated, the Quantum Realm is an alternate dimension. While it’s very difficult to return from the Quantum Realm, it is possible: we saw Rudd’s Scott Lang pull off this feat at the end of Ant-Man.

“The question has arisen, ‘Can Janet come back?’ So the entire film, my character is hell-bent on finding a way to get into the Quantum Realm and bring her back,” Lilly says to EW.

So while the search for Janet van Dyne will provide the movie its momentum, the Ghost will be the movie’s main villain. In the comics, the Ghost was male, but in Ant-Man and the Wasp the character is being played by Ready Player One’s Hannah John-Kamen. Her main power is the ability to “phase” through solid objects (ghost-like), but she’ll have all sorts iterations of this phasing power that will give Ant-Man and Wasp plenty of problems as they search for Janet.

Ant-Man and the Wasp opens July 6.