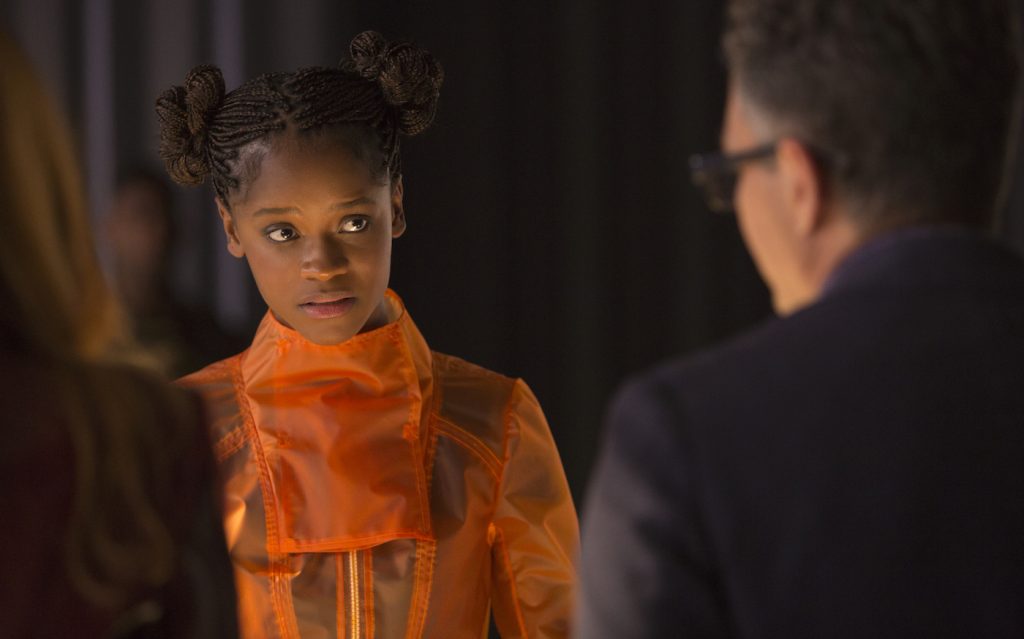 It goes without saying at this point that Letitia Wright’s Shuri was one of the best parts of Ryan Coogler’s Black Panther. That’s saying something considering how many best parts of Black Panther there were. As T’Challa (Chadwick Boseman)’s brilliant little sister, Shuri may not be an elite warrior like the Dora Milaje‘s leader Okoye (Danai Gurira), or a super spy like Nakia (Lupita Nyong’o), but without her there’s simply no way Black Panther could have defeated Erik Killmonger (Michael B. Jordan). Also Everett K. Ross (Martin Freeman) would have died. And Wakanda wouldn’t be half as technologically advanced. And the film wouldn’t have been half as funny. And so on. You get our point; we’re Team Shuri all the way. And now in this new Avengers: Infinity War clip, which Wright revealed on ABC’s Good Morning America, it seems like the rest of the Avengers are going to learn just how brilliant, and witty, Shuri is. Watch Wakanda’s reigning teenage tech wizard dress down Bruce Banner (Mark Ruffalo). It’s fantastic.

What does Banner have going for him in this battle of the brains? Well, experience (read; age). Also seven PhDs. He’s undeniably brilliant. Yet when you put him in the same room with the super teen from Wakanda, you’re setting him up for failure. Shuri reminds Bruce—hysterically—that all his brilliance has gotten him thus far is the rage monster that lives inside him. Fair point. Shuri: 1, Bruce: 0. When she torches Bruce, make sure to pay special attention to Vision (Paul Bettany)’s face. Can there be a Shuri stand-alone film, please? Pretty please (with virbanium on top?) At the minimum, can we spend a decent amount of time watching the precocious teenager rib her new super friends in Infinity War? No one would complain.

There are already a lot of theories about how crucial Shuri will be in the fight against Thanos (Josh Brolin). One theory holds that she’s the one who upgrades Tony Stark’s Iron Man suit, an unthinkable scenario only a film or two ago considering Stark has always been the alpha genius of the group, and made all the Iron Man suit updates on his own. Yet Shuri’s the expert with vibranium, not Tony, so it stands to reason she gives his suit a power boost (ditto Captain America’s new gauntlets). Finally, considering the movie is set partially in Wakanda—Shuri’s home turf—the Avengers are going to have to listen to her if they want their best shot at beating the universe’s most lethal villain.