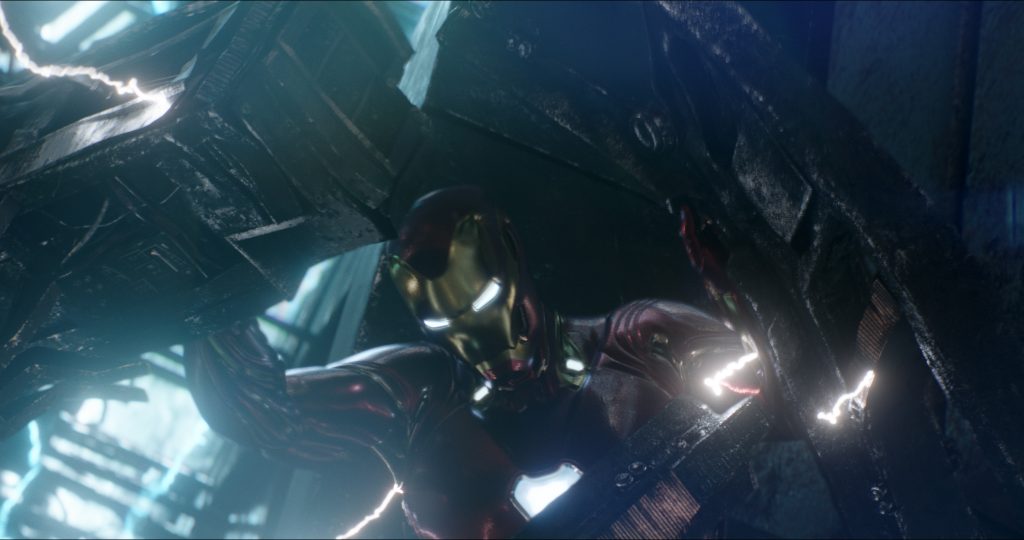 Every Avenger suit must start somewhere. Janet van Dyne (Evangeline Lilly) is getting a winged upgrade in Ant-Man and The Wasp, and Tony Stark’s (Robert Downey Jr.) protégé, Spider-Man (Tom Holland) will don an iron suit in Avengers: Infinity War. Ever since Stark first developed the Iron Man suit, the billionaire genius has been making improvements. There have been theories he’ll be combining his knowledge with another great mind to further improve his fighting gear. Now, an unlikely commercial could show off the future of Iron Man’s suit.

Stark has been the greatest inventor in the known Marvel Universe for the past ten years. Until now, that is. He was the first Avenger on the scene, and in a dramatic and refreshingly arrogant twist, he outed himself as Iron Man shortly after his debut. However, cloaked in a secret African nation with as much opacity as Stark had transparency, a young woman now rivals his skills. She may even surpass them. Shuri (Letitia Wright) is Wakanda’s greatest inventor, and one of the questions being asked of their potential meeting is, what happens when these two great minds come together? The answer might be glimpsed in a mortgage commercial, of all places.

The source of Wakanda’s great power is vibranium, a material we learned a lot more about in Black Panther. Vibranium harvests incredible power, but it would be nothing without Shuri’s brilliant mind shaping it into weapons, cloaking devices, and even Black Panther’s (Chadwick Boseman) suit. We can only imagine what her technology could do when combined with Stark’s inventions. Luckily, we may soon know.

Vibranium has a characteristic bluish glow. This new Quicken Loans commercial shows off Iron Man’s new blasters, and guess what? They seem to have a blue hue, as compared to the yellow and red tint of his boosters that help him fly. His heart, which is the core of the suit’s power, is also glowing blue. Could this be the Wakandan suit upgrade we’ve been waiting for?

Shuri debuted a few different kinds of suits for T’Challa to choose from in Black Panther. Her designs can be customized, and they are stored in a small and imperceptible receptacle until ready for use. T’Challa merely motions for the suit and he’s transformed into Black Panther in seconds. Similarly, Tony Stark always has his suit on him, but no phone booth needed for this quick change. It seems like these two inventors might already think alike.

Vibranium is light weight, extremely strong, and extremely powerful. It’s the stuff that Captain America’s shield is made of. Combining Stark and Shuri’s knowledge with the incredible element might be just enough to stop Thanos (Josh Brolin). We hope Stark is more welcoming of her suggestions than when Star-Lord (Chris Pratt) dismisses his battle plan. The Avengers will need every advantage they can get to stop the evilest guy in the universe.