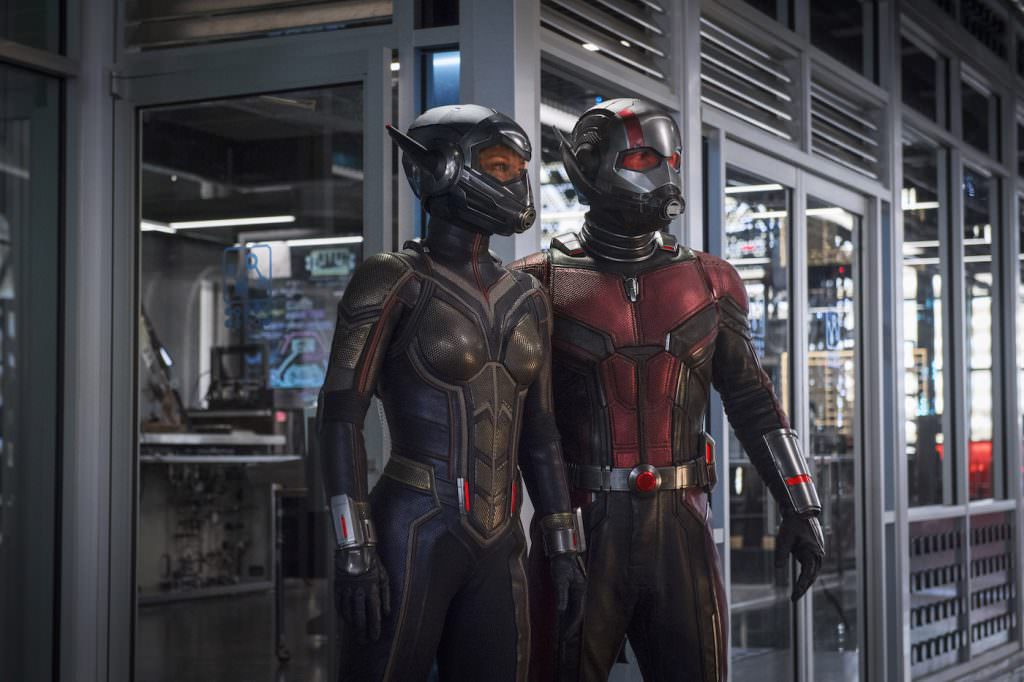 Yesterday we shared with you the first trailer for Ant-Man and the Wasp, director Peyton Reed’s followup to his delightful 2015 introduction of Ant-Man to the Marvel Cinematic Universe. What was obvious in watching the first trailer for the new film is the cast remains outstanding, with your principals, Paul Rudd as Scott Lang/Ant-Man and Evangeline Lilly as Hope van Dyne/The Wasp, representing perhaps Marvel’s most winning super-duo. Yet what really made the original Ant-Man pop, and what looks to be the case yet again, is an outrageously good supporting cast. Rudd and Lilly are joined by Michael Peña (a standout in the first film), Walton Goggins, Bobby Cannavale, Judy Greer, Tip “T.I.” Harris, David Dastmalchian, Hannah John Kamen, Abby Ryder-Fortson, and Randall Park. We’re not done—there’s also the trio of Michelle Pfeiffer, Laurence Fishburne, and Michael Douglas, the latter of whom returns as Hank Pym, the brilliant scientist who created the Ant-Man technology.

While we all devoured the trailer yesterday, there was a lot going on that went by so fast they were easy to miss. This is why ScreenRant‘s video highlighting the moments that might have sped by your notice is so valuable. One of the very first things to consider about Ant-Man and the Wasp is its release date—it’s coming out on July 6, a full two months after Avengers: Infinity War, which you may have heard is going to be colossal. While most Marvel movies follow a fairly straightforward timeline, so that the latest film can reference the one that came before it, Ant-Man and the Wasp looks to be taking a different approach. We know the events in Infinity War are going to have a major impact on every Marvel character, so Ant-Man and the Wasp appears to be set before these events, sometime after Captain America: Civil War. As ScreenRant points out, this fact is made fairly clear right at the beginning of the trailer, when Scott and Hope talk about what might have happened had Hope been at the airport hangar fight in Civil War.

There’s a whole lot more great stuff here, including the potential for a time travel plot in Avengers 4 (which would scramble everything in the MCU, including when Ant-Man and the Wasp takes place, or on what time continuum), Hank Pym (Michael Douglass) and his portable lab, and more. While 2015’s Ant-Man was the breeziest Marvel film ever made, the stakes are getting higher for every character in the MCU, which means Ant-Man and the Wasp will likely have a bit more weight than the first film. Yet with this cast, you can guarantee they’ll carry it lightly.