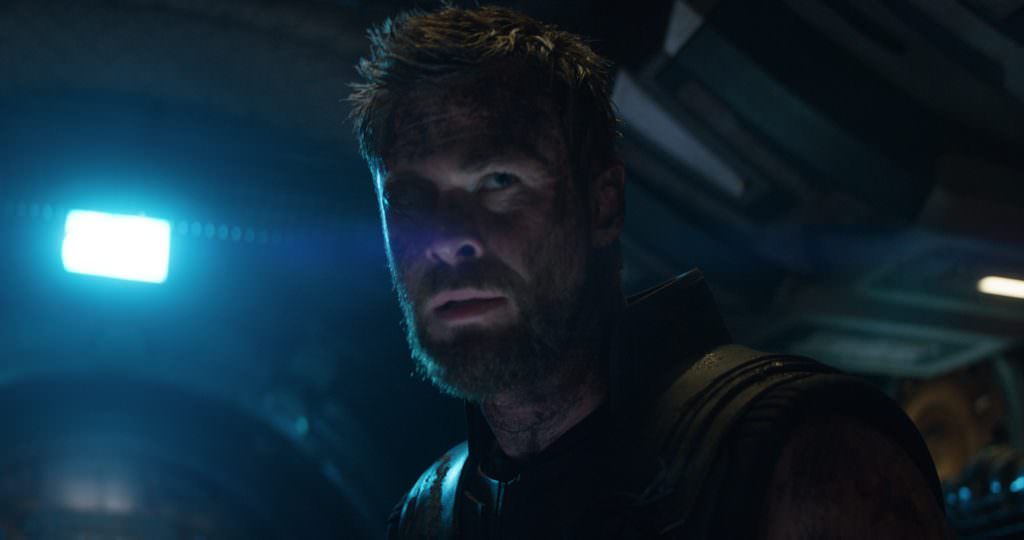 Chris Hemsworth Calls Avengers: Infinity War one of the Biggest Films in History

We all know Avengers: Infinity War is massive. We’ve shared these 15 photos, with a few in particular that boast so many characters in a single frame it looks like a war film. Well heck, it is a war film, one between the assembled Avengers and nearly every other Marvel character, and Thanos (Josh Brolin) and his assorted intergalactic goons.

We got a taste for Infinity War‘s size from its first official trailer, which included a lot of our favorite characters and our first glimpse at Thanos finally on Earth. And way back last June, Black Widow herself, Scarlett Johansson, said she’d acted in one scene with 30 plus characters. There have been varying reports of just how many superheroes and their allies, besties and enemies will ultimately end up in the final cut of the film. Now Chris Hemsworth, the newly one-eyed God of Thunder, Thor, has told Postmedia Network (hat tip to the Toronto Sun) during a press tour for 12 Strong that Infinity War is going to be historic:

“I finished literally two days ago and I looked at (directors) Joe and Anthony (Russo) and said, ‘I don’t know how you guys have gotten this far and I don’t know how you’re going to hold it together and complete this thing, but my hat’s off to you.’ This is one of the biggest things in film history and to be a part of it was just incredible. I think what these characters are about to face — with Thanos — there’s been nothing quite like it. There are 76 cast members or something like that. I think what people are going to be excited about is what I was excited about and that’s Thor meeting the Guardians and Iron Man meeting Doctor Strange.”

You read that right—76 cast members. The list includes all the faces we are familiar with, everyone from Thor and Iron Man and Captain America and Hulk and the Guardians of the Galaxy, to newer members of the Marvel Cinematic Universe, like Spider-Man, Black Panther, and Doctor Strange. But this is nothing when you behold the full breadth of the folks involved in this film. Slashfilm has put together this primer on who’s in (and most likely in, and possibly in) Infinity War, and just seeing the full list is astounding. Yes, you’re expecting to see Hawkeye (Jeremy Renner), Winter Soldier (Sebastian Stan), Groot (Vin Diesel), Okoye (Danai Gurira) and Loki (Tom Hiddleston), to name a few, but were you counting on characters like Cull Obsidian and Ebony Maw (Thanos henchmen), or Yondu (Michael Rooker), or Red Skull (Hugo Weaving)?

It’s not just the scope of the film that’s so mind-blowing, it’s also the fact that, according to Hemsworth, directors Joe and Anthony Russo, and their screenwriters Christopher Marcus and Stephen McFeely, have pulled off the impossible—a massive film that’s also emotionally resonant and moving, tying in characters from more than 20 films, since 2008’s Iron Man kicked off the MCU.

“The interactions between all of these characters and the different sorts of chemistry and the relationships that are formed is something that people are going to be pretty blown away by,” Hemsworth told Postmedia. We’ll find out on May 4th if one of the largest films ever made is historic for more than just its size—our bet is it will be.