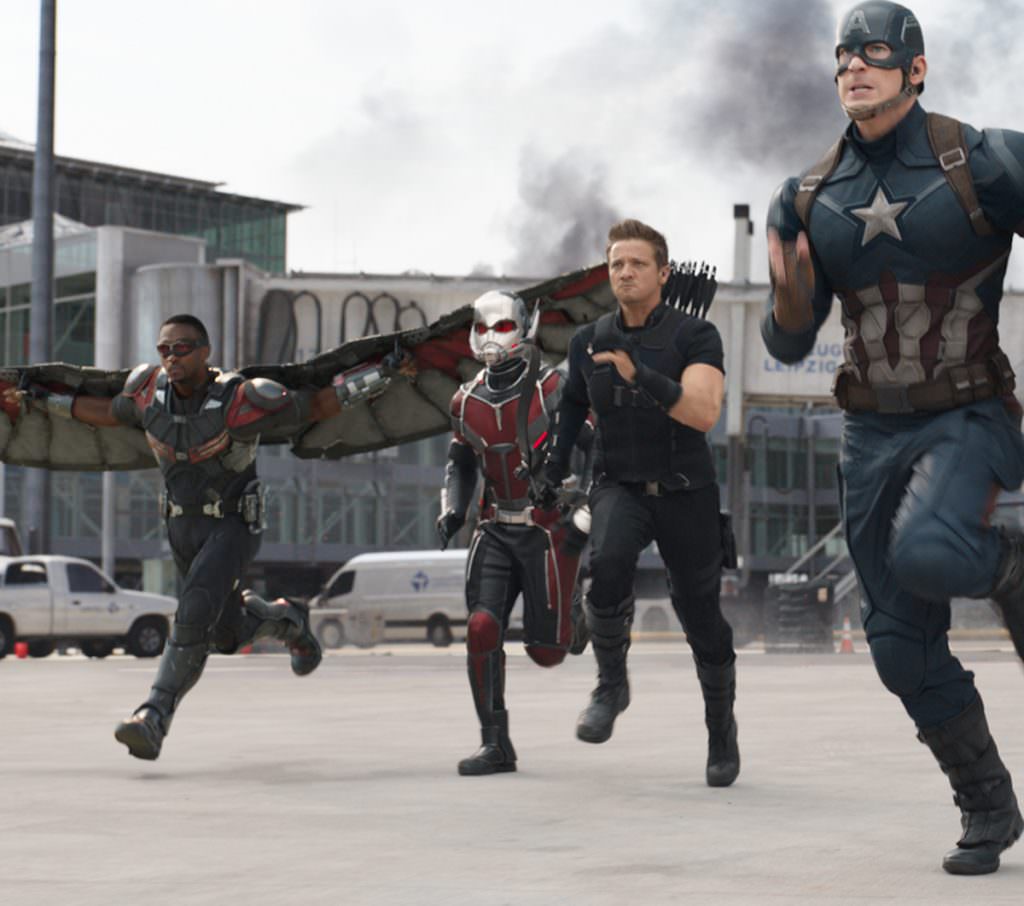 “In a scene where there’s so much going on you need something new, something bigger and crazier. It kind of put the final stamp on it and go into the rest of the movie and that seemed like a good way to go.” So says Paul Rudd in this behind-the-scenes glimpse at arguably the most delightful part of Captain America: Civil War;  the shocking reveal of Giant-Man. That's the moment when Scott Lang (Rudd) goes from being the diminutive Ant-Man in the big battle between Team Iron Man and Team Cap into Giant-Man, completely changing the makeup of the fight. It's also engenders the film's best line, naturally coming from Iron Man: "Okay anybody on our side hiding any shocking and fantastic abilities they'd like to disclose, I'm open to suggestions." Point is, Team Iron Man is now one giant short in their fight.

In a new featurette that's a big part of the release of Captain America: Civil War on DVD and Blu-ray, we get a behind-the-scenes look at how they created this huge moment, including a look at the pre-visual effects they deployed to create not just Giant-Man, but also the moment he grabs hold of a suddenly tiny War Machine (Don Cheadle). Thanks to the good folks at ScreenSlam, you can check out this clip if you haven't already gotten Civil War on DVD.

Will we be seeing Giant-Man in Avengers: Infinity War? Now that they've introduced im, it's possible. Having a giant around could help defeat Thanos, but the problem is he's a little slow.