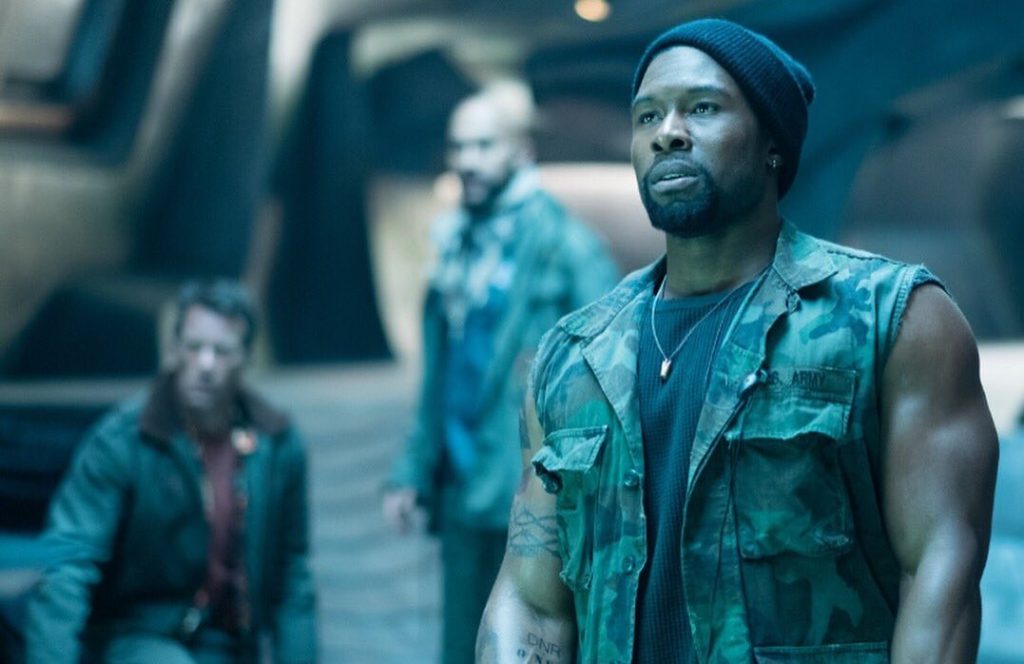 The Predator is Back with a Vengeance in First Trailer

The first trailer for The Predator is way more hardcore than we were expecting. The heat seeking alien is back and he’s not messing around. Some films with monstrous aliens, like Venom, take a slow burn approach to promotion, revealing the main attraction over time. Not so for The Predator. This trailer is tense, action packed, and squarely focused on the alpha predators from outer space.

We were just ogling the first images from the film waiting for the trailer release, and here it is. The 1987 Arnold Schwarzenegger classic took us to the jungle. This time, writer/director Shane Black brings the Predators to us. Quinn (Boyd Holbrook) and his military outpost encounter the creature out in nature, but it gets bigger and stronger and takes to the city. Worse yet, it’s evolving into an even more lethal killing machine.

The trailer plays to our nostalgia in all the right ways. Calling back to its 1980s origins, we start with a young boy who discovers a box of spaceship toys in his family attic. That kid needs a lesson in alkaline batteries because that is not a natural glow. The toys, of course, call to the Predator mothership and bring them to Earth.

The action has a really fun, retro feel. Most of the characters have a military background, so they bring the heat. They also all sport very 1980s forest green jackets, and we are here for it.

A Predator makes a shocking entrance toward the end of the trailer, which really clues us into what we’re in for. I had to back it up and watch again to make sure I saw what I thought I did. I did. Close your eyes around 1:20 if you’re squeamish about blood. These guys will clearly not hesitate to kill.

What’s most exciting about this reboot, aside from Shane Black at the helm, is the cast. If you didn’t know who was in it before hitting play, it’s going to be one surprise after the other. You’ve got Sterling K. Brown, Olivia Munn, Keegan-Michael Key, Trevante Rhodes, Yvonne Strahovski, Jacob Tremblay, and Jake Busey play the son of dad Gary Busey’s character in Predator 2.

The Predator returns to Earth September 14.