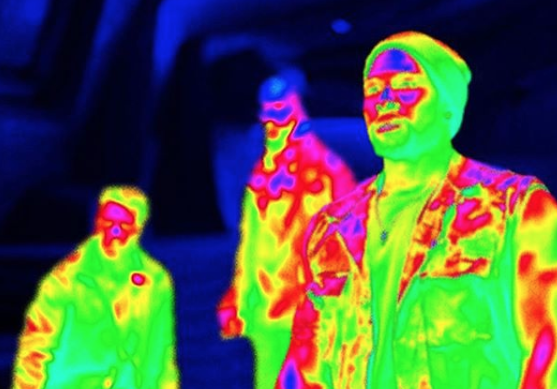 We’re finally getting our first peek at Shane Black‘s The Predator, thanks to a brand new teaser and a few images released by a few of the film’s cast. This comes a little more than two weeks after The Predator‘s synopsis was finally revealed, all of which is ahead of the first trailer which will be debuting today.

You noticed that, despite the singular title, The Predator sounds like it’ll boast multiple aliens. Some of the cast began posting images yesterday, ahead of today’s big trailer reveal, riffing on the Predator’s ability to hunt by heat signature:

“There’s something out there waiting for us, and it ain’t no man.” @Predator #Exclusive 9/14 ✌ pic.twitter.com/YbP0EeLsod

The teaser is provocatively short, showing us the strange digital glyphs that the alien super-predator dialed into the computer on his wrist in John McTiernan’s 1987 original (right before he detonated himself and destroyed half the jungle), but we can live with it considering we’ve only got a few hours until we get a proper look at the film.

Something is coming… @Predator pic.twitter.com/Ct7UlIiUuT

We’ll be sharing the trailer when it drops. The Predator opens September 14th.