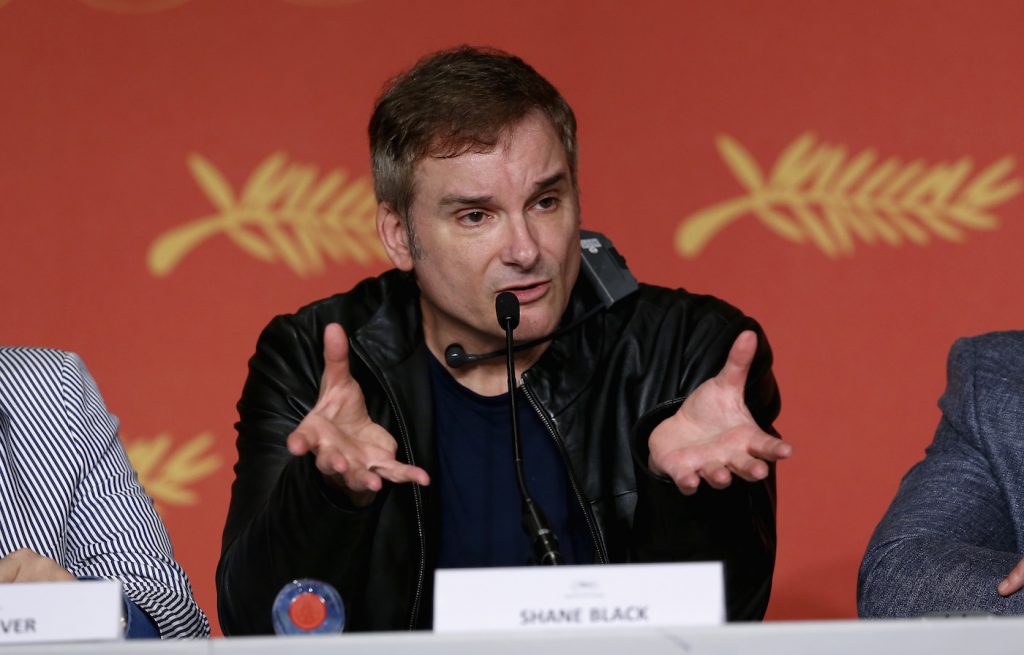 The Synopsis for Shane Black’s The Predator is Finally Here

Fox gave the crowd at CinemaCon, among other treats, a glimpse at the synopsis for Shane Black’s upcoming The Predator. The last bit of information we had for Black’s highly anticipated humans-v-aliens actioner was way back last November, when one of the film’s stars, Thomas Jane, offered a bit of information about the plot. The most intriguing thing we learned from Jane was that the film’s heroes, much like the 1987 original, would be soldiers, only in Black’s film, these soldiers are in a very precious mental state:

“But we’re all f**king crazy so we go to the VA hospital to get our meds. We’re all like shellshocked, PTSD…soldiers. We’re at the VA hospital and we’re in group therapy and of course, somebody flips out…this is backstory, I don’t think we really see this…somebody flips out and we all get arrested and get thrown onto the bus to go down to the hospital and they throw this other guy on the bus too.”

So this, presumably, is how the assorted toughs—fragile toughs, in this case—will be gathered before they’re tasked with fighting an enemy way more lethal than any they faced in Iraq or Afghanistan. The script was written by written by Black and Fred Dekker, and although it seems the spirit of the film is tied to the original, The Predator won’t entirely dismiss the previous installments in the franchise. These particular aliens our PTSD suffering heroes will fight are actually more deadly than the original’s, which will make things, ah, interesting. The Predator‘s cast is a great one: Joining Jane are Boyd Holbrook (Logan), Trevante Rhodes (Moonlight), Jacob Tremblay (Room), Keegan-Michael Key (Key & Peele, Keanu), Olivia Munn (X-Men: Apocalypse), Sterling K. Brown (Black Panther), and Alfie Allen (Game of Thrones).

Here’s the synopsis for The Predator: