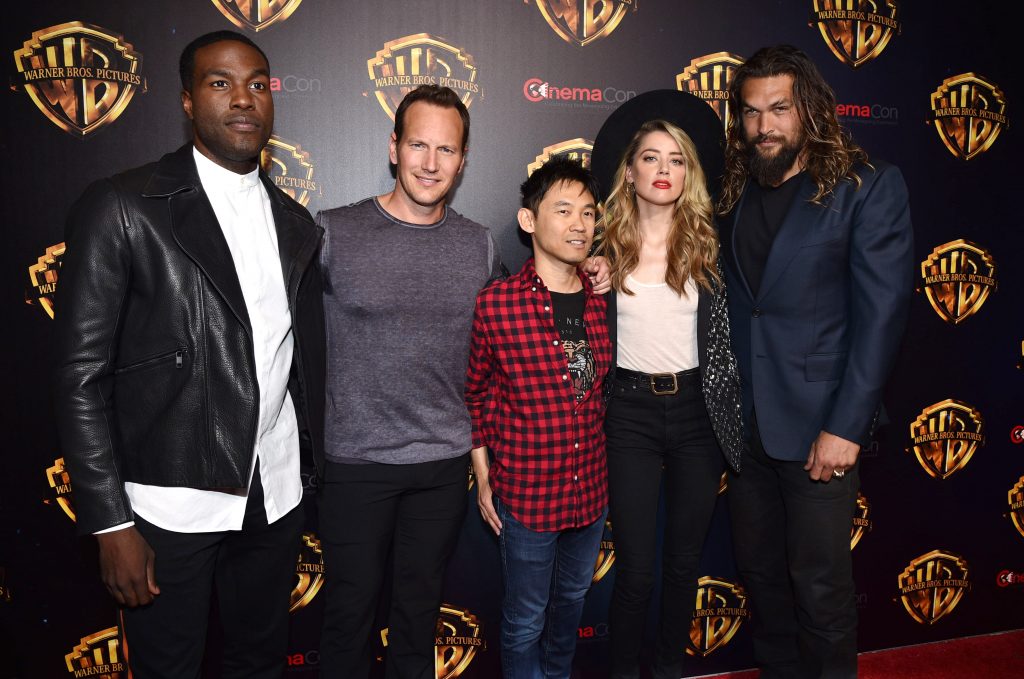 For a moment of serenity to start your week, indulge in this peaceful new Aquaman logo. Director James Wan tweeted out the shimmering aqua blue symbol with a special announcement. The first trailer for Aquaman will debut next month at Comic-Con.

Comic-Con will be insane!! This is the new glyph/logo. Freshly smuggled out of Atlantis! (stolen off King Orm’s belt buckle) pic.twitter.com/NLmIXUaXEM

Wan joked that the new logo was, “Freshly smuggled out of Atlantis! (stolen off King Orm’s belt.)” Last week, EW released the first look at the underwater kingdom and if the casual gold lying around is any indication, that’s not the only trinket of value in the submerged city. The aquatic royalty seems to be well off. Mera (Amber Heard) and Queen Atlanna (Nicole Kidman) both sparkle in their undersea attire and the whole city seems to glisten.

We also got our first look at a blonde Patrick Wilson in the role of Orm. Wilson looked truly regal, but not yet sinister. Aquaman stands to inherit the throne in Atlantis, which won’t sit too well with the war hungry Orm. He is fated to transform into the evil Ocean Master who will go trident to trident with his half-brother. Hopefully he doesn’t notice Wan stole his belt buckle. Blue wasn’t his color anyway.

Last week’s images whet our appetite, but it will be more than a month before we see the Aquaman (Jason Momoa) in action. Wan teased that Hall H will get the first look at the trailer, and then we expect for it to be released to the public. Aquaman is likely to be one of the crown jewels of the convention this year. Marvel and HBO are both sitting it out, so we won’t have any updates from those realms. That is likely why the Aquaman trailer is being held. The first look at the film will add some power to Warner Bros.’ punch at Comic-Con.