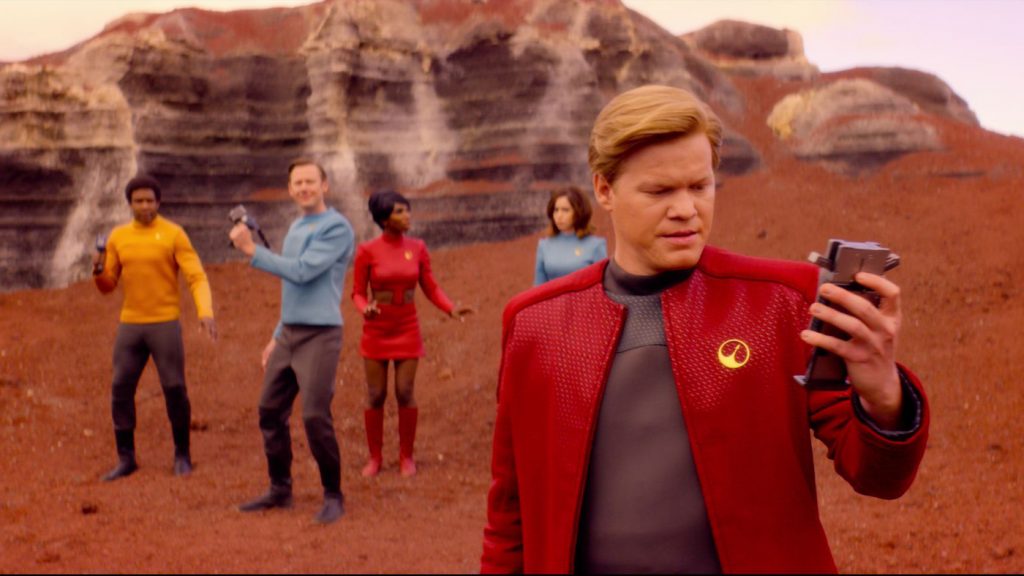 One of the most common jokes of the last, oh, five or so years has been that real life has become an episode of Black Mirror. The peerless series, created by Charlie Brooker and Annabel Jones, depicts a future world in which technology has run amok, the worst people on the planet seem to amass the most power, and the very things we rely on to escape our relentless and terrifying reality end up swallowing us whole. There were whispers that because the world kept getting more Black Mirror-like since the show’s premiere way back in 2011 (originally on Channel 4 in the U.K.), Charlie Brooker, Jones, and the Black Mirror creative team felt no need to return to their landmark series. In fact, during the darkest days of the pandemic, Brooker told the U.K.’s Radio Times Magazine that he wasn’t sure he could make another Black Mirror. “At the moment, I don’t know what stomach there would be for stories about societies falling apart, so I’m not working away on one of those. I’m sort of keen to revisit my comic skill set, so I’ve been writing scripts aimed at making myself laugh.”

Luckily, Variety has confirmed that’s not the case, as they’ve confirmed that Black Mirror is returning after a 3-year hiatus. Of course, we won’t know a thing about what the new episodes will explore, but Variety does report that season 6 will have more episodes than the shorter-than-usual season 5, which had only three. Those three episodes in season five were fantastic, however, and included great performances from stars Anthony Mackie and Yahya Abdul-Mateen II in the episode “Striking Vipers,” Topher Grace and Andrew Scott in “Smithereens,” and Miley Cyrus and Angourie Rice in “Rachel, Jack, and Ashley Too.”

Variety has a bit more to their scoop that adds to the intrigue—they’ve learned that season 6 will be “even more cinematic in scope, with each installment being treated as an individual film.” What’s made Black Mirror such unbelievable TV has been not only how eerily prescient it’s felt, but how exquisitely shot the show is. Sure, we’re living in this extended “Golden era” of TV, but Black Mirror has always been one of the best shows around, period.

Brooker and Jones had left their previous company, House of Tomorrow, which maintained rights over Black Mirror. Luckily for all involved, a deal has been worked out. Now it seems as if Black Mirror is returning, and perhaps—one can dream—the world it returns to will feel a little less like one of its episodes.