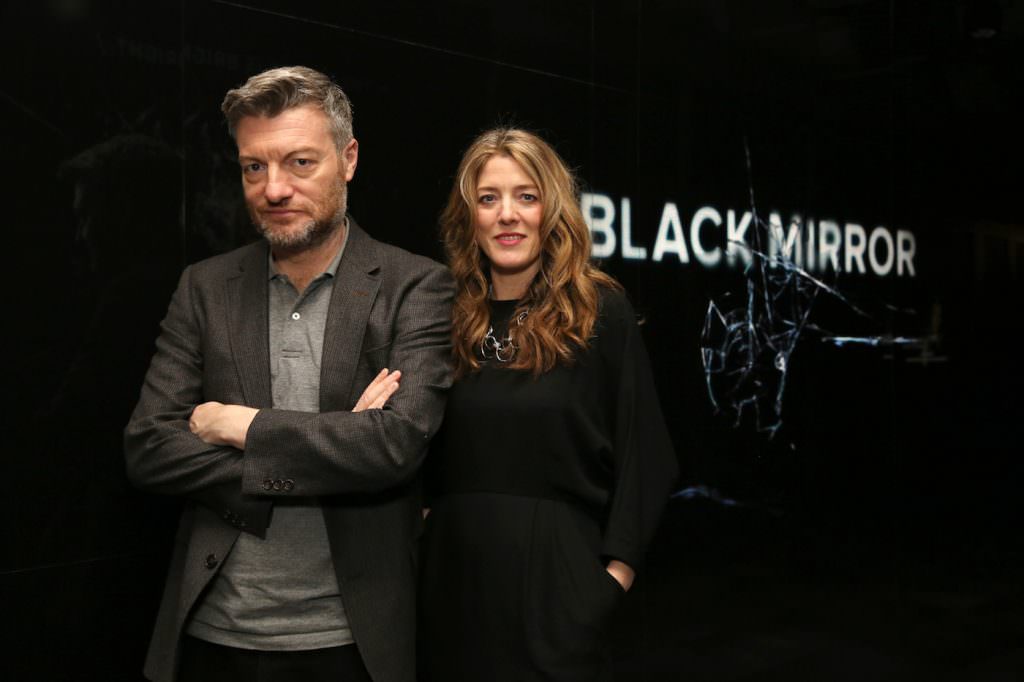 British sci-fi series Black Mirror reflects with chilling plausibility myriad ways in which technology brings out the worst in human behavior — one freestanding episode at a time. Creator Charlie Brooker and producer Annabel Jones, in Los Angeles on a break from shooting the fourth season of their Netflix limited series, say they hate repeating themselves and love the anthology format. "It's lunacy but by doing each episode as a one-off 50-minute film, we're able to take an idea and blow it up within that one episode and not have to worry about creating an arc that sustains for multiple seasons," Jones explains. "In that way, it's very liberating. You can be more idea-driven."

And ideas are one thing Black Mirror master mind Brooker never seems to run short of. "I've got a short attention span and I get bored easily so career-wise, I've always ping-ponged from one thing to another," says Brooker, who worked in the '90s as a cartoonist and video game reviewer. In 2000, he launched TVGoHome featuring his wickedly funny synopses of imaginary reality TV shows. The site led to a TV column for the Guardian newspaper and writing gigs on actual TV shows. Brooker says, "When we came up with the idea for Black Mirror, I remembered how the BBC used to do weird one-off movies where you'd go to school the next day and say 'Did you see that thing on TV last night about this crazy society where everyone's been turned into a vegetable?' I missed the kind of one-off things you'd see in old repeats of The Twilight Zone because I've always been interested in the exploration of wild ideas. So yeah, it's a terrifying challenge to basically make each episode from scratch, but that also means Black Mirror never gets boring for me."

Three seasons in, Black Mirror remains fresh in part because most of its stories feature ordinary people with ordinary flaws who get sucked into extraordinarily awful circumstances by smart phones, social media, virtual reality implants and other 21st century technologies. Even at its most twisted, Black Mirror has routinely anticipated real world scenarios with uncanny specificity. The show's inaugural 2011 episode "The National Anthem," for example, shocked viewers with its seemingly outlandish story of a British prime minister forced to fornicate on live television with a pig. A few months later, a biography alleged that UK prime minister David Cameron once had sexual relations with a pig at as part of an Oxford University hazing ritual.

And Brooker's earlier series Nathan Barley showcased the "WASP T-12" smart phone two years before Apple introduced its I Phone. "Our main character carries around this thing you can open up like a little book and he was obsessed with all the things his phone could do," Brooker says. "At the time, the criticism we got for the show was 'I don't know what the fuck this is! Who is this guy? Is he from the future?' So it is quite eerie that a lot of things we've done on our shows seem to then come true, but when we come up with stories we're not necessarily looking at the world of tech and thinking 'What's next?' We're thinking about human stories and trying to work out funny or harrowing situations accordingly."

Anatomy of a Sci-Fi Twist

To illustrate the point, Brooker breaks down the creative process behind Season 3's "San Junipero," ostensibly set in 1987 and centered on a time-traveling romance between two women. "I was thinking of two different things at once. One, I wanted to do a 'Black Mirror' episode set in the past, so how we do that? And separately, we were trying to come up a story idea revolving around the after life, and death, and virtual environments. Those two thoughts came together after I saw this documentary about nostalgia therapy for old people suffering from dementia, where they literally re-decorate a room so it looks like the 1940s. When you put the old people in there, they seem completely rejuvenated." 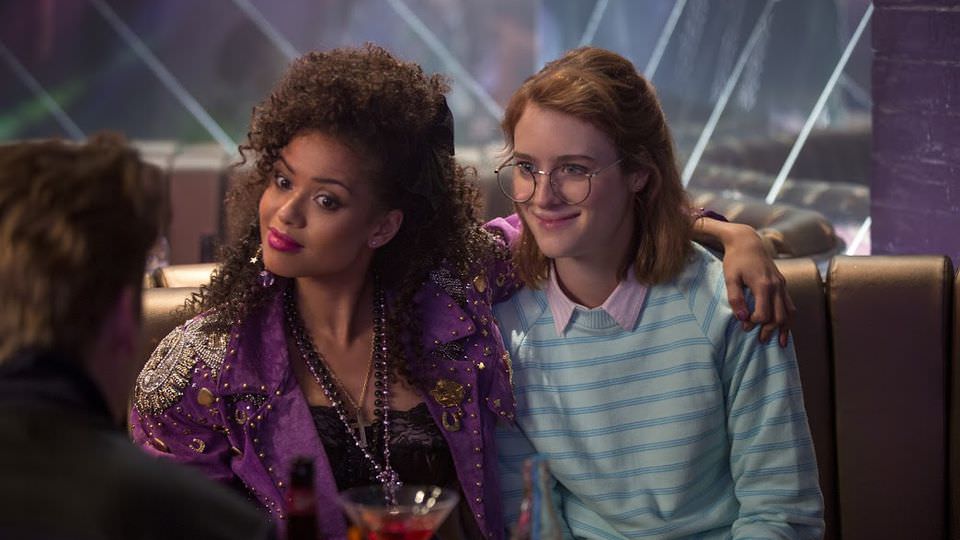 From there, Brooker and his team brainstormed the rest of the story by asking, and answering, a cascade of questions. "What if you have this world in which people can jack into a virtual version of the past that feels real? What if people used this world to have a good time and re-live a consequence-free version of their youth? And if two people met and fell in love, what happens then? Originally it was a heterosexual couple, but then you think 'Wouldn't it be more interesting if you have two women who meet, because in 1987 gay marriage wasn't a thing.' So you go through all these stages of 'what if, what if, what if,' all piled on top of each other and you end up with an episode of Black Mirror."

In "San Junipero" and other Season 3 episodes including the pharmaceutically-modified soldier story "Men Against Fire," Black Mirror jolts viewers with unexpected twists that add depth to the madness unfolding on screen. Brooker points out, "Black Mirror didn't really have that many twists until we did 'White Bear' in the second season, which has a massive twist at the end. It's a blessing and a curse because once you've done that, the audience might anticipate a twist every time, but it isn't always going to be there."

Case in point: Season 3 opener "Nose Dive" follows a woman (Dallas Howard) so desperate to be "liked" on her social media profile that she becomes a blood-soaked maniac crashing the wedding of a "friend" she barely knows. "It's just a downward spiral to hell," Brooker laughs. "Rather than being an episode with a twist, that's our other default setting: the downward spiral to hell." Jones cuts in. "The challenge for us is to not just be that show with twists and not to just be bleak. Because then it becomes a little predictable."

Technology: Not the Villain

Black Mirror masterfully satirizes technology's potential for wreaking havoc on human behavior through connectivity, software and devices, but Brooker observes, "In our show, technology is not usually the villain. It's human weakness, which technology amplifies because it allows people to wield immense, almost magical power they might be poorly equipped to handle."  Jones adds, "Black Mirror does sometimes question the power that we're ceding to these technologies which we so happily allow into our lives." She cites Season 3's grim "Shut Up and Dance" episode in which a pornography-consuming teenager robs a bank to avoid exposure by a hacker who took control of the boys computer-embedded camera. "What happens when hackers take over your lap top? We see how vulnerable this poor little boy becomes, and yet people all the time are sort of unwittingly handing over all this power."

For Season 4, Brooker and Jones intend to keep the surprises coming, recently filming in Iceland to introduce a radical shift in locations. But they won't even attempt to riff on the currently surreal state of American politics. "That's a fool's errand because everything's changing so fast," Brooker says. Still, one thing is certain: There will be technology. Brooker says, "In our new stories, we're probably pushing the new technology even farther, but it's always going to be in the background. 'Black Mirror' is about the people. As for Black Mirror's predictive powers, Brooker says he's already spotted fictitious plot twists mirrored in real life. He says, "I remember saying when we started our new season 'I don't know if any of this stuff will come true' but just the other day, I read something where it looks like Hitachi or somebody is already doing something that we're doing a show about. So, we shall see."