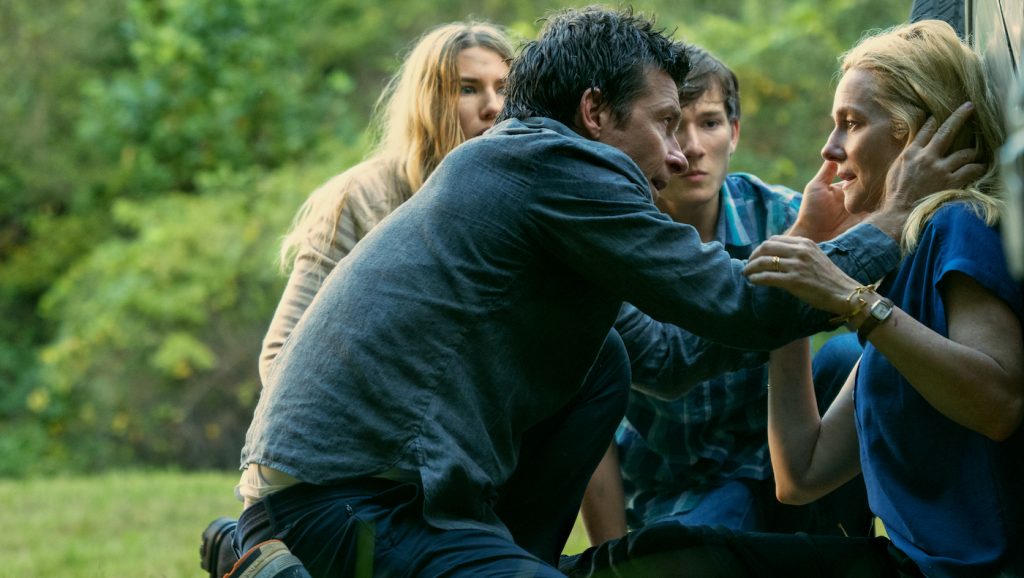 *Spoilers for the final season of Ozark abound.

Cindy Mollo‘s big break came following a move to New York where she landed on the NBC show Homicide: Life on the Street editing a number of episodes throughout the ‘90s. “I’ve always worked with great writers,” Mollo says. “With Homicide, I learned from one of the best in the business, Tom Fontana, about how to put a story together, connect different beats and move scenes around. I was learning all these tricks of storytelling that I could put into my kit and use show after show.”

Since then, Mollo has cut Panic (2000), Ready to Rumble (2001), several episodes of Mad Men, House of Cards, and the Deadwood movie, earning herself a number of Emmy nominations. But it wasn’t until Ozark that she did something for the first time in her career: cutting the pilot and last episode of a series. “It was really gratifying editing Ozark, Mollo says. “It even came down to me turning down projects during the fourth season because I really wanted that feeling of being a completist. That I worked on every season. It never mattered to me before, but on this one, I really wanted to see it through.”

Ozark tells the story of the Bryde family – Marty (Jason Bateman), Wendy (Laura Linney), Charlotte (Sofia Hublitz), and Jonah (Skylar Gaertner) – who uproot their lives in Chicago for the Missouri lakes after Marty, who is laundering money for a Mexican cartel, promises he will return a large sum of stolen funds that his former (and very dead) business partner was found to be skimming. The uneasiness of the show, and undoubtedly what hooks you in, is the scheming, lying, and killing that takes place in order for the Byrdes to dig themselves out. The finale, “A Hard Way to Go,” directed by Bateman, was one of its most shocking yet.

“We didn’t know the ending for a long time,” says Mollo. The final season was split into two parts each with seven episodes. “We all had our theories before the script was published. I thought the writers clearly love Ruth so she would survive and take baby Zeke and go off into the sunset. Well, that didn’t happen.”

No, it did not. Ruth Langmore (Julia Garner) is one of Ozark‘s greatest characters, a Missouri sprite whose small stature belies a ferocious will. From the very beginning, it’s Ruth who helps Marty launder money through various businesses, but it’s Ruth who ends up being killed by Camila Elizondro (Veronica Falcón), sister to Omar Navarro (Felix Solis), the now dispatched head of the Navarro cartel, who rubs Ruth out for killing her son, Javi (Alfonso Herrera).

“When I read the last episode I called Chris Mundy [executive producer] and told him I cannot believe this episode. It’s perfect,” Mollo continues. “If you remember in the first season there was an episode called “Nest Box” [S1/E7] that was all about invasive species. And literally about invasive bird species. So by the time the Brydes come to the Ozarks they are toxic to the Langmore family. So it made sense that Ruth couldn’t get out of clean. I felt this was absolutely the only way the show could end. Yes, Marty gets away with it, whatever it is, but they are forever ruined because of what happens to their son.”

Ozark totaled 44 episodes, and Mollo cut 19 of them, and along the way, she edited the deaths of a boatload of people. Storylines had her dissolving business partners in barrels of lye, hitting Sam Dermody’s mother Eugenia (Sharon Blackwood) with a garbage truck, accidentally shooting Pastor Mason Young (Michael Mosley), suffocating drug dealers, drowning FBI Agent Roy Petty (Jason Butler Harner) and the roadside assignation of Ruth’s father Cade (Trevor Long). But it didn’t stop there. Mollo also cut the memorable aforementioned death scenes of cartel leaders Omar Navarro and his nephew Javi. Her favorite among the list though was Marty and Wendy’s sweet and innocent therapist Sue Shelby (Marylouise Burke) in season three.

The couple seeks out counseling as a place to vent their frustrations, and during an outburst, their relationship with the drug cartel comes out. Marty goes into damage control by blackmailing Sue with a “sh*tload” of cash in order to keep her quiet. Unfortunately, Sue lavishly buys an obnoxious luxury sports car, a McLaren. Refusing to return it after a warning from Marty and the cartel’s lawyer Helen (Janet McTeer), she receives a visit from the series’ ominous hitman Nelson (Nelson Bonilla).

“I loved everything about that storyline. Sue gets so into thinking she’s part of the Byrde’s criminality she bought that ridiculous car which was essentially the nail in her coffin,” says Mollo. “What I loved most about the end of her story was how much fun we were able to have with Nelson. He is so stiff and rigid, but when he shows up on Sue’s doorstep, we were able to have great fun with the character. He sits down on the couch and starts talking to her and then slowly pulls out the gun. I loved how methodical he gets. He wraps up the body, wipes down her computer, and steals her files and any records of the Brydes being patients. Then Helen and he submerge the McLaren and Helen says, ‘do you ever get tired of this?’ which Nelson replies with, ‘not really.’ He’s a machine. This is what he does.”

For Ruth’s tragic death, the editor leaned into the emotions of the character. “When Camilla comes and shoots Ruth, we are practically straight on, at a slight angle. Ruth is defiant at that moment. She doesn’t regret anything. She is her truest self then,” Mollo continues. “After she’s struck with the bullet, it’s a high angle shot over Ruth’s body that makes you feel the loss even more. It’s angelic. She’s alone, lying next to where her dream was to come true – a big house with a pool and a circular drive so you never had to back out to turn around.”

Mollo says she thought one or more of the Byrdes would meet their demise. “I thought maybe there would be a message like crime doesn’t pay. But the message is more that you’re never really free when you get into this world. It’s what Wendy kept saying throughout the fourth season that they needed to get out alive and clean.”

How unclean are the Byrdes? They are responsible, in one way or another, for countless deaths, including Ruth’s, who each member of the family loved in their own way. The Byrdes manage to survive Ozark, but there’s one more terrible twist at the very end. Dogged private investigator Mel Sattem (Adam Rothenberg) has found proof that Marty and Wendy are responsible for the death of Wendy’s brother, Ben (Tom Pelphrey). Mel is the surprising yet inevitable deliverer of justice to the Byrdes, who will finally have to—nope. Jonah aiming a shotgun on Mel is the second to last thing we see in Ozark. The last is a hint of a smile on Marty Byrde’s face. Fade to black. Then, the sound of the gun going off.

“By the end, you realize two things happened: Jonah had to kill someone and he’s still in high school. Then they have to take Mel (Adam Rothenberg) to the crematorium,” Mollo says. “Maybe someone would come looking for Mel or they would be seen. It’s a never-ending loop. They’re alive together, but are they really free?”