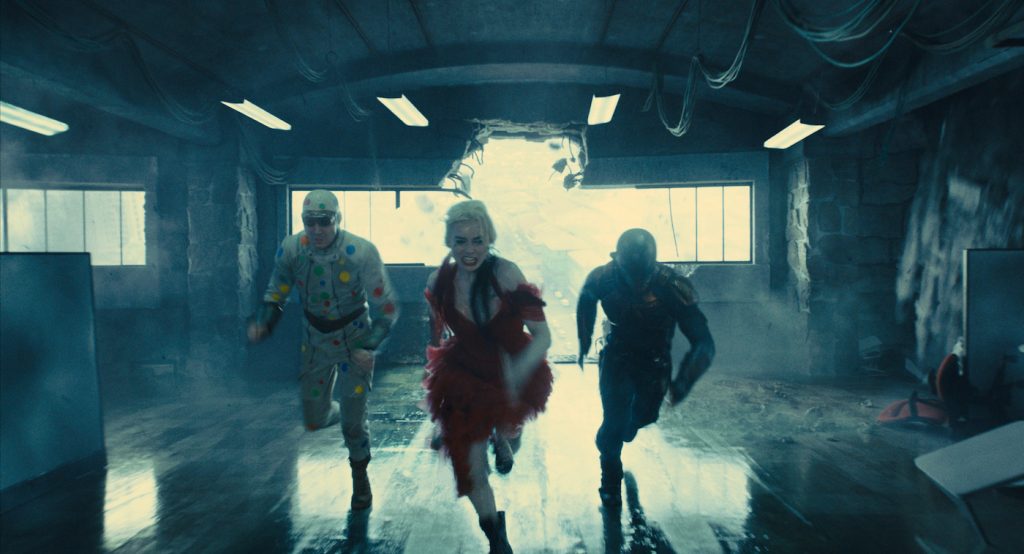 Writer/director James Gunn has written and filmed his fair share of epic action sequences, but he says he thinks the biggest he’s ever pulled off is for Margot Robbie’s Harley Quinn in The Suicide Squad.

Gunn told the AP that Robbie’s skills as a performer were impressive, as was her athleticism, and the two allowed him to create a stunning action sequence. Robbie’s Harley Quinn stole David Ayer’s 2016 film Suicide Squad, so you knew she was someone Gunn was surely going to focus on. Here’s what he told the AP:

“She can do anything. Or I thought she could do anything. And then one day she had to sing and I said, ‘OK, well you can do everything but one thing.’ But she’s such a great actress. She embodies the character. She’s able to do the comedy. She’s able to do the drama. And physically, she is a pure athlete and is able to do these stunts in such a graceful, magnificent, beautiful way. And so I wrote the biggest action scene I’ve ever done all around (Robbie’s character) Harley, and it was so fun to create just on every level from working with the stunt guys all the way through to working with her. It’s probably my favorite four minutes of film I’ve ever shot before.”

Gunn reaffirmed this sentiment about Robbie’s skills and the action sequence via Twitter:

This is true. Not only the most fun I’ve ever had on set, and the most impressed I ever was with a performer, it’s probably the coolest action sequence I’ve ever shot. #TheSuicideSquad The Suicide Squad @SuicideSquadWB @MargotRobbie https://t.co/nnFMtPG28i

It’s hard to imagine The Suicide Squad will be the end of Harley Quinn, but one would be wise to take Gunn’s promise that no character is safe seriously.