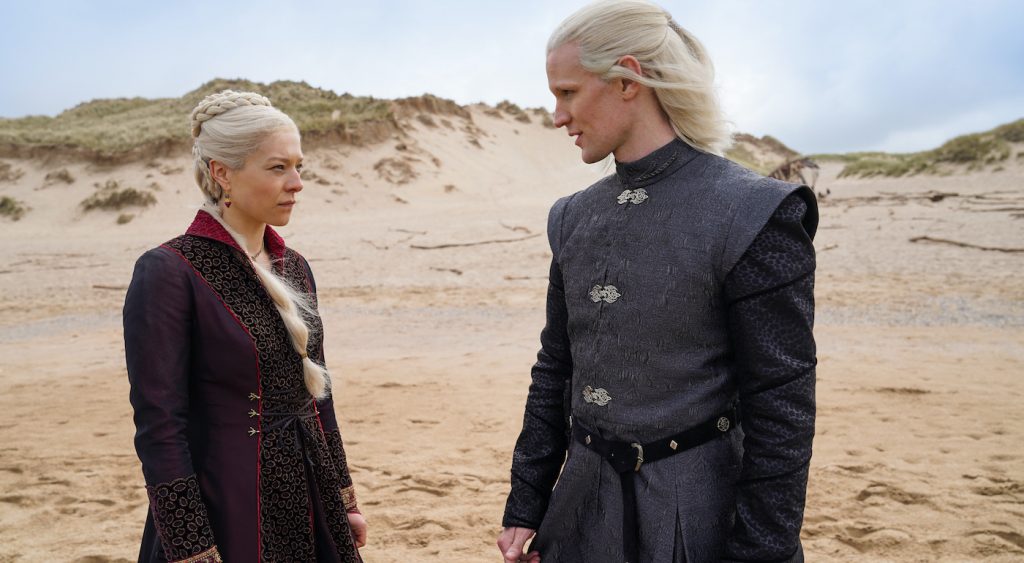 While HBO hasn’t also revealed plot information about the show, it is a blast from the recent past to see characters from the world of the juggernaut original series, albeit House of the Dragon is set well before the events of GoT took place, some 300 years before to be exact. House of the Dragon will plunge into the story of the Targaryen clan and reveal how these dragon-lords ended up conquering Westeros. The series comes from co-creators Ryan J. Condal and “A Song of Ice and Fire” author George R. R. Martin, with Game of Thrones alum Miguel Sapochnik as showrunner.

Check out the images, plus character descriptions, all courtesy of HBO.

And here’s the official featured cast list from HBO:

TAGSGame of Thrones HBO Max House of the Dragon