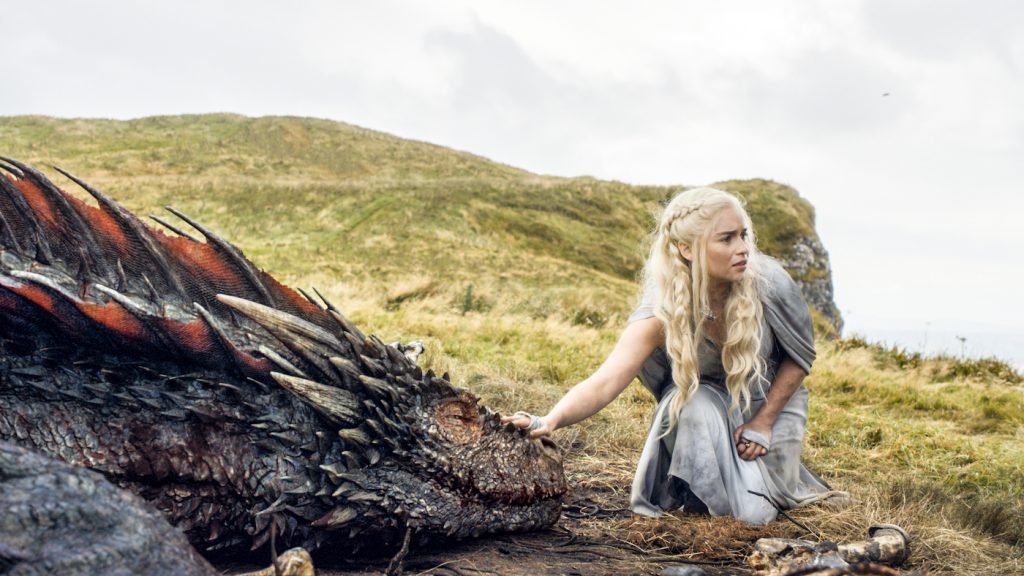 With a new streaming platform seemingly launching every day, and hundreds of content creators flooding the zone with new stories, why couldn’t there be multiple Game of Thrones prequels on air? This is the question George R. R. Martin posed in a recent blog post. Granted, the creator of “A Song of Ice and Fire” fantasy series that started it all can’t claim he’s an objective voice on the subject, but he does have a point. Martin, writing on his “Not a Blog,” dished a bit about the possible, Targaryen-centered prequel that HBO might be picking up for a pilot order.

This Targaryen prequel is based on Martin’s “Fire & Blood” fictional history book that deals directly with House Targaryen, the most infamous dragonlords in Westerosi history. “Fire & Blood” is set some 300-years before the events of Game of Thrones. It follows House Targaryen long before Daenerys was breaking bad when the clan took over Dragonstone. This particular history begins with Aegon the Conquerer—the Targaryen who created the Iron Throne—and tracks House Targaryen through the years to the Dance of Dragons, the civil war that nearly obliterated their line. The prequel, which is just as script and a story bible at the moment, comes from Martin and Colony co-creator/executive producer Ryan Condal, who Martin calls “a helluva strong writer, and a huge fan of A Song of Ice & Fire, Dunk & Egg, and Westeros in general. I’ve loved working with him, and if the Seven Gods and HBO are kind, I hope to keep on working with him for years to come on this new successor show, the title of which is…”

Yeah, he doesn’t reveal the title. But here’s what Martin has to say about why there could, and should, be a Targaryen-centered prequel:

The World of Ice & Fire is a WORLD, boys and girls. Huge continents, ten thousand years of history, cities, deserts, oceans, mysteries, triumphs and tragedies. If there were indeed eight million stories in The Naked City in the 50s, surely there are eight billion stories to be told about Westeros, Essos, Sothoryos, and the lands beyond the Sunset Sea, south of Oz and north of Shangri-La…

And in these days of a hundred networks, channels, and streaming services, I think television has plenty of room for two shows set in Westeros… or hell, maybe three or four… I still want to do Spearcarriers, after all.

Meanwhile, HBO filmed another Game of Thrones prequel pilot this past summer—Jane Goldman’s series starring Naomi Campbell—which is set some 5,000 years before the events of Game of Thrones. Martin wrote that he expects to see a cut of that soon, and saw some “spectacular” images of Goldman’s sets.