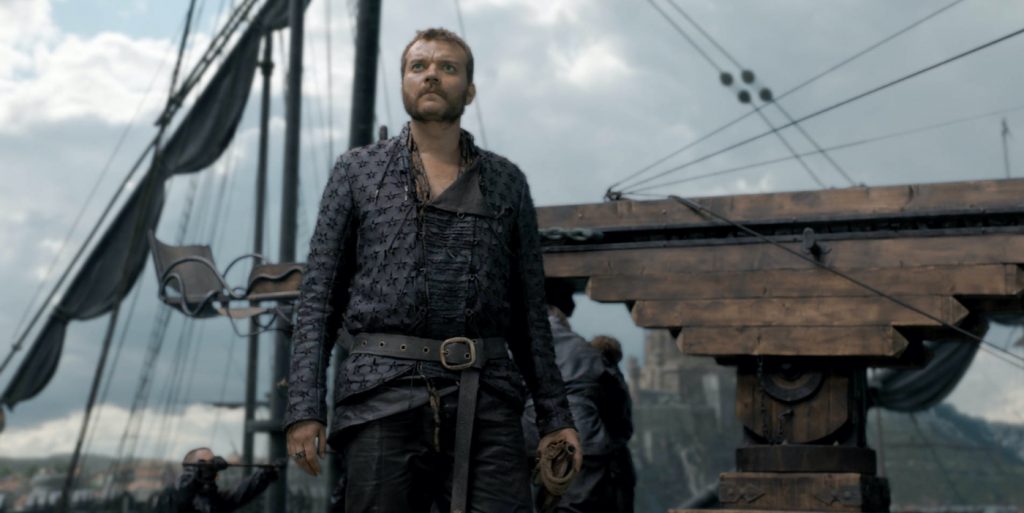 Recall that the first time you probably took notice of Jason Momoa, it was when he was playing the ferocious yet deeply affecting Khal Drogo in season one of Game of Thrones. Many seasons after Drogo was gone and Momoa was off becoming Aquaman, Pilou Asbaek was bursting onto the scene in Westeros as the absolutely awful, sorta irresistible Euron Greyjoy. Euron was a murdering, Cersei-loving, Theon torturing sociopath, and now, the talented Asbaek will be joining Momoa in James Wan’s Aquaman 2, and one can only hope he brings some of that pirate energy.

Deadline broke the story that Asbaek has become the first big addition to the cast, although there’s no news yet on who the talented Danish actor will be playing. Wan’s follow-up to his hit original is slated to premiere on December 16, 2022.

While Asbaek is best known for playing the duplicitous Euron Greyjoy, he’s had a strong film career. He starred in Julius Avery’s bonkers Overlord, Shana Feste’s Run, Sweetheart, Run, and can be seen now in Mikael Håfström’s sci-fi movie on Netflix, Outside the Wire, alongside Anthony Mackie. Asbaek is not only good at playing bad guys, by the way. He was outstanding in Tobias Lindholm’s very affecting A War as Claus Michael Pedersen, a haunted Afghanistan war veteran.

The plot details on Aquaman 2 are buried in Davy Jones’s Locker at the moment. It’s not hard to imagine, however, Asbaek fitting snugtly into a world set on and beneath the high seas.