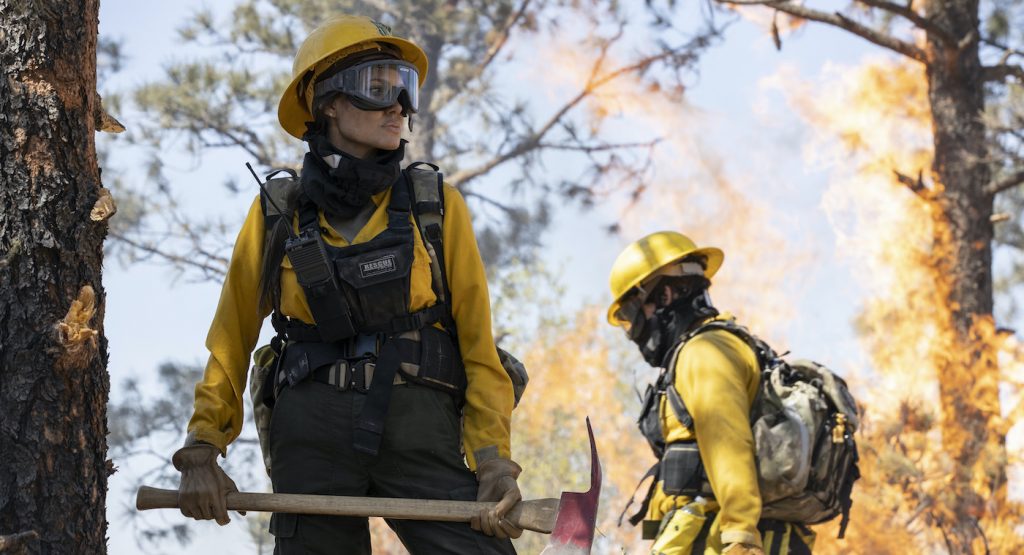 Co-writer/director Tyler Sheridan has carved out a singular place for himself in film. Sheridan has written some of the leanest, meanest, most compelling crime dramas in recent memory—2015’s Sicario and 2016’s Hell or High Water put him on the map, and his 2017 directorial debut with Wind River (which he also wrote) cemented his status as the go-to auteur of thoughtful-but-brutal stories. Sheridan’s back with Those Who Wish Me Dead, which he directs from a script he co-wrote with Charles Leavitt and Michael Koryta, based on Koryta’s book.

The first trailer for Those Who Wish Me Dead reveals Angelina Jolie as Hannah Faber, a smoke jumper whose life was irrevocably changed when she lost three fellow firefighters to a blaze years before. Hannah’s problems are only just beginning, however. Soon she’s plunged into the middle of a brutal crime when Connor (Finn Little), a child who witnessed the murder of his father, comes stumbling into her life. This being a Sheridan film, Those Who Wish Me Dead features a pair of fearsome killers—played by Aidan Gillen and, interestingly cast against type, Nicholas Hoult—who appear willing to not only hunt Connor but burn all of Montana down in order to find him.

Those Who Wish Me Dead hits theaters and HBO Max on May 14. Check out the trailer below.

TAGSHBO Max Those Who Wish Me Dead Warner Bros.