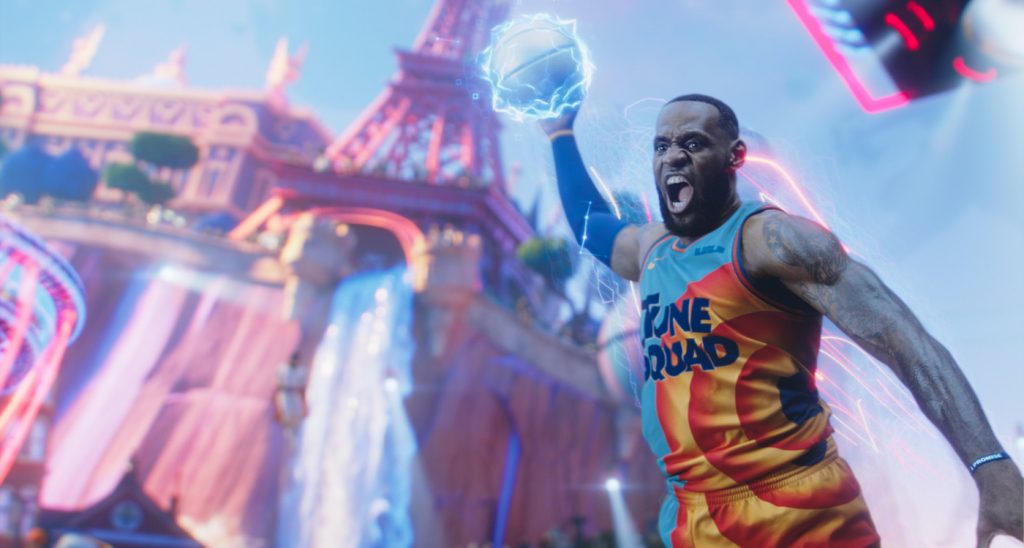 The King has arrived…only his throne shall be animated. We’re talking, of course, about LeBron James in the first official trailer for Space Jam: A New Legacy, which finds the NBA legend mixing it up with some legendary Looney Tunes characters, led by a legend in his own right, Bugs Bunny. Director Malcolm D. Lee’s film follows in the Air Jordans of Joe Pytka’s 1996 original, which starred the then reigning king of the NBA, Michael Jordan. In Lee’s film, LeBron’s trying to connect with his son Dom (Cedric Joe) when he’s plucked by a rogue Artificial Intelligence, Al-G Rhythm (Don Cheadle), and sent into a digitized wonder zone where he and Dom will meet everyone from Porky Pig to Daffy Duck to Yosemite Sam.

The trailer reveals a slew of big names and some hilarious shout-outs to other Warner Bros. projects. You’ll glimpse characters from Mad Max: Fury Road, IT, and none other than King Kong himself. A surprise bit of casting is revealed here, too—Zendaya is voicing Lola Bunny. As for Lebron’s fellow NBA stars, Space Jam: A New Legacy includes Chris Paul, Damian Lillard, Klay Thompson, Anthony Davis, Kyle Kuzma, and Draymond Green.

Lebron, Dom, and their Looney Tunes friends will need to beat Al-G Rhythm’s insanely talented squad on the court in order to win their freedom. Hijinx, hilarity, and hellacious dunks will ensue.

Check out the trailer below. Space Jam: A New Legacy hits theaters and HBO Max on July 16.

Welcome to the Jam! NBA champion and global icon LeBron James goes on an epic adventure alongside timeless Tune Bugs Bunny with the animated/live-action event “Space Jam: A New Legacy,” from director Malcolm D. Lee and an innovative filmmaking team including Ryan Coogler and Maverick Carter. This transformational journey is a manic mashup of two worlds that reveals just how far some parents will go to connect with their kids. When LeBron and his young son Dom are trapped in a digital space by a rogue A.I., LeBron must get them home safe by leading Bugs, Lola Bunny and the whole gang of notoriously undisciplined Looney Tunes to victory over the A.I.’s digitized champions on the court: a powered-up roster of professional basketball stars as you’ve never seen them before. It’s Tunes versus Goons in the highest-stakes challenge of his life, that will redefine LeBron’s bond with his son and shine a light on the power of being yourself. The ready-for-action Tunes destroy convention, supercharge their unique talents and surprise even “King” James by playing the game their own way.