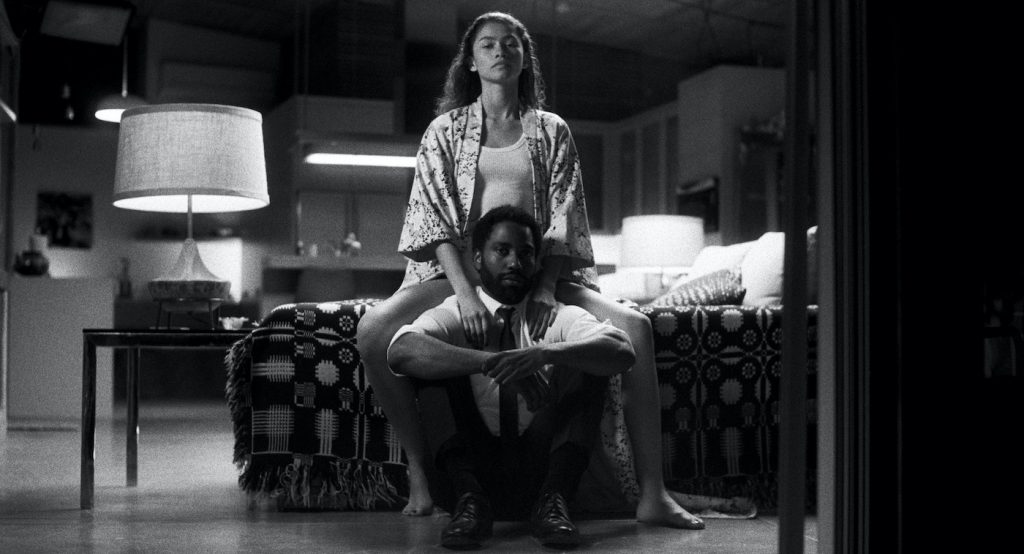 There’s a new Oscar-hopeful on the docket. Writer/director Sam Levinson’s Malcolm & Marie, starring two of the most sought-after stars working right now, Zendaya and John David Washington, will be released on Netflix on February 5, 2021. Levinson, Zendaya, Washington, and their crew teamed up to shoot Malcolm & Marie while in quarantine earlier this year. With this release date, the drama is now eligible for the upcoming Academy Awards. It now seems possible that Netflix has a bounty of potential Oscar-nominated films on their hands; David Fincher’s upcoming Mank, George C. Wolfe’s upcoming Ma Rainey’s Black Bottom, Aaron Sorkin’s The Trial of the Chicago 7, and Spike Lee’s Da 5 Bloods.

The person to get Malcolm & Marie going in the first place was Zendaya. She prompted Levinson, creator of HBO’s Euphoria in which she starred, to write a film that could be made during the pandemic. The result, a black-and-white drama about a budding filmmaker (Washington) and his girlfriend (Zendaya) on what should be a romantic, incredible night (things go south) was eventually sold to Netflix during an auction at the Toronto Film Festival Market for a whopping $30 million.

Now that Netflix has made the release date official, folks are enthused. Zendaya is one of them:

Now my heart is racing, so much excitement in it. https://t.co/DKQcaAO95d

Sam Levinson teams up with Zendaya and John David Washington for an achingly romantic drama in which a filmmaker (Washington) and his girlfriend (Zendaya) return home following a celebratory movie premiere as he awaits what’s sure to be imminent critical and financial success. The evening suddenly takes a turn as revelations about their relationships begin to surface, testing the strength of their love. Working with cinematographer Marcell Rev, Levinson creates a film of rare originality; an ode to the great Hollywood romances as well as a heartfelt expression of faith in the medium’s future.

Zendaya is recently coming off becoming the youngest person ever to win an Outstanding Lead Actress in a Drama at the 2020 Emmys for her Euphoria season 1 performance. Washington recently lead Christopher Nolan’s Tenet and has a slew of upcoming projects, including David O. Russell’s new film. We can’t wait to see these two on screen together.