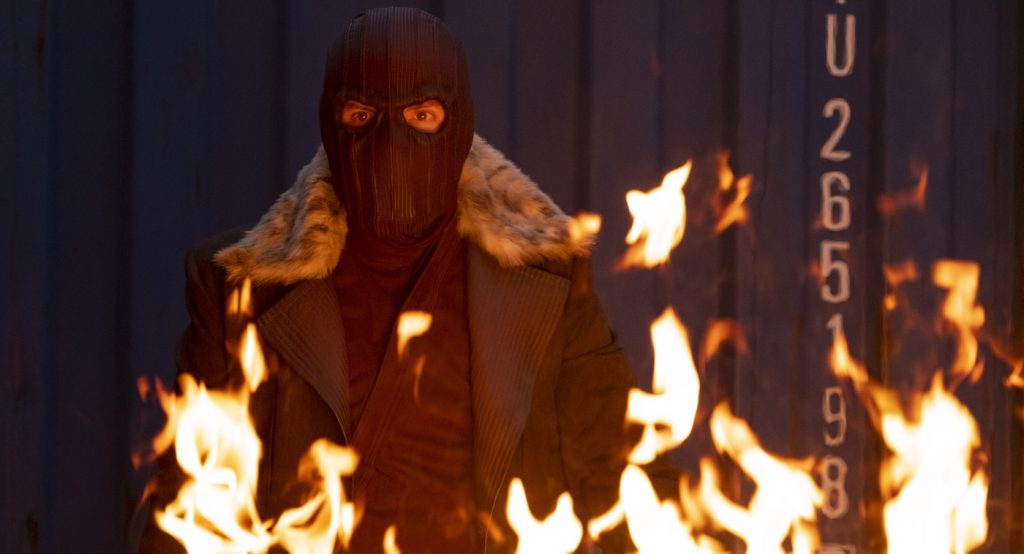 If you’d spent years in a German prison and then suddenly f0und yourself on a dance floor with a righteous beat playing, what would you do? If you’re Baron Zemo (Daniel Brühl), you dance, obviously. And now Disney+ has heeded fans calls and released an hour-long cut—yes, an hour—of Brühl’s villainous Zemo dancing from the third episode of The Falcon and the Winter Soldier.

Why were folks so enthused when they saw Zemo dancing (briefly!) in episode three? One main reason is he seems like the last guy on Earth who would willingly cut a rug. The sight of this rigid, sour villain cutting loose had the effect of cutting the internet loose, so they quickly went to work creating a Twitter account and had Zemo dancing to everything from The Crown‘s theme song to Elton John’s “I’m Still Standing.” Disney+ had no choice, really, but to give fans what they wanted.

Here’s what Brühl had to say to Entertainment Weekly about the frenzy over his dance moves:

“It’s so hysterical. [That moment] was improvised when I saw the crowd dancing, going loco. I felt the beat and was like, Zemo has been sitting in a dodgy German prison cell for years. So, he needs to let off some steam and show his moves. Let’s go for it! I enjoyed so much the reaction of Anthony and Sebastian looking at me. Still, I was 100 percent sure that they would cut it out [of the show]. I was really surprised and happy that they kept it. It was a long dance. There’s more to it, but they cut this little moment. I didn’t know what was happening, but I then received all these messages from my friends cracking up. My friends who know me well know I’m an embarrassing, passionate dancer on the floor but it would be different moves. It would be the Spanish side of me kicking in and doing some matador, flamenco moves, going down on my knees. Highly embarrassing for my friends.”

Highly embarrassing to his friends, hugely joyous for the rest of us. Thus, without further ado, here’s Baron Zemo dancing. For an hour.

The fourth episode of The Falcon and the Winter Soldier airs tonight, April 9, on Disney+.