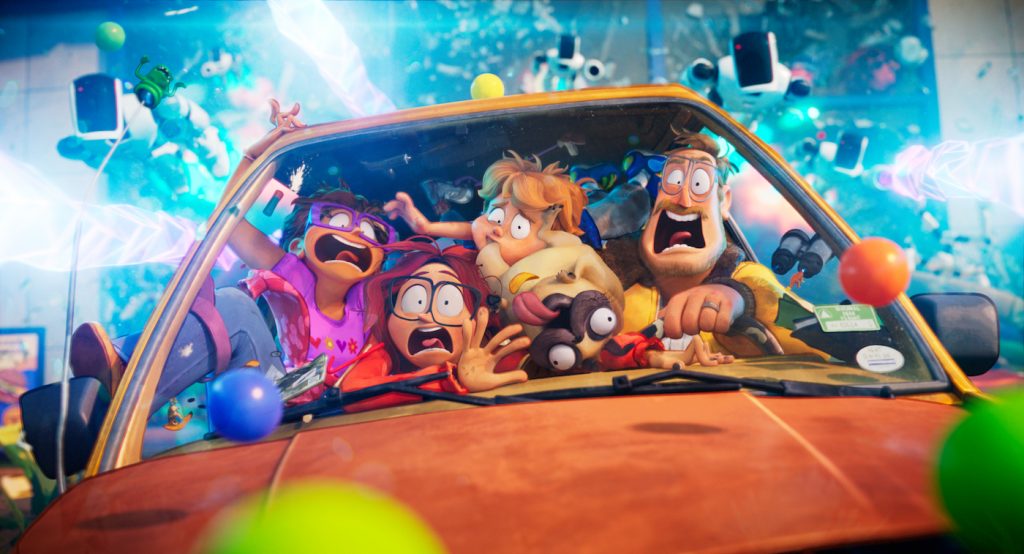 “The Mitchells vs. The Machines” Brings Tech-Anarchy to Netflix This April

The Mitchells vs. The. Machines has the kind of A-list cast and top-flight pedigree you like to see in your animated comedies. Hailing from the folks who brought you a little film called Spider-Man: Into the Spider-Verse, the new feature focuses on the titular Mitchell family, trying to connect to each other in a world that wants them to connect to everything but each other. Sound familiar? Only the Mitchell’s battle against omnipresent technology is even more dire than our own—in their world, the technology is literally trying to take over. Christopher Miller and Phil Lord, the masterminds behind Spider-Man: Into the Spider-Verse and The Lego Movie, are on board as producers, with directors Michael Rianda and Jeff Rowe at the helm. And now, in a new video released from Netflix, we now know that their film will premiere on April 30.

The Mitchells vs. The Machine sees the titular family at a crossroads. Katie Mitchell (voiced by Broad City‘s Abbi Jacobson) has been accepted to the film school of her dreams in California, guaranteeing her some much-needed distance from her loving but overbearing parents. There’s her tech-loathing, nature-loving dad Rick (voiced by Danny McBride), and her punishingly positive mom Linda (Maya Rudolph). On the very morning Katie’s due to fly to California to start school, her dad reveals that he’s cancelled her plane ticket so the whole family—including little brother Aaron (voiced by Mike Rianda) and their pug Monchi—can drive her instead. She is not thrilled.

Things only unravel from there, when a tech uprising, spearheaded by a new line of helper robots and backed by every piece of technology in the world, threatens to not only spoil Katie’s film school dreams but, you know, plunge the world into a tech-led dictatorship. It’s like Terminator meets National Lampoon’s Vacation, an enticing mix.

We’ve got the trailer here, and the announcement video embedded below:

THE MITCHELLS VS. THE MACHINES is an original animated comedy about an everyday family’s struggle to relate while technology rises up around the world! When Katie Mitchell (voiced by Abbi Jacobson), a creative outsider, is accepted into the film school of her dreams, her plans to meet “her people” at college are upended when her nature-loving dad Rick (voiced by Danny McBride) determines the whole family should drive Katie to school together and bond as a family one last time.

TAGSNetflix The Mitchells vs. The Machines