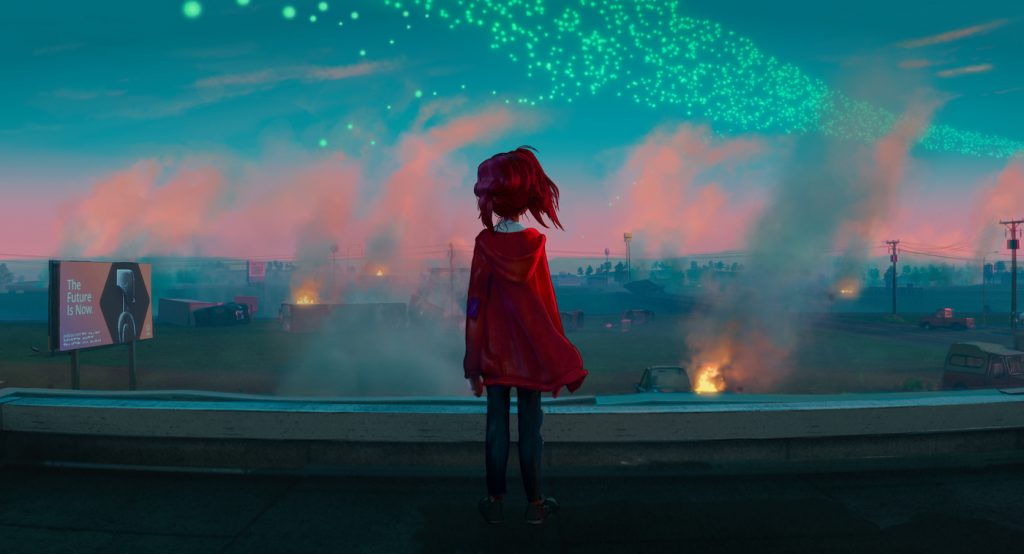 Connected Trailer Reveals One Family’s Fight Against a Tech Takeover

Christopher Miller and Phil Lord, the masterminds behind Spider-Man: Into the Spider-Verse and The Lego Movie, have an unbeatable track record when it comes to animated features. This means you’ve already got two very good reasons to be intrigued by Mike Rianda’s intriguing new feature Connected, in which Miller and Lord are executive producers. Connected pits one family against all the gadgets that now pretty much rule our lives—our phones, our computers, our smart appliances—when said technology decides it’s time to take over. Sony Pictures Animation has released the first trailer, and with a fantastic voice cast and a timely conceit, Connected looks like it could be a winner.

Katie Mitchell (voiced by Broad City‘s Abbi Jacobson) is finally going to college. The creative Katie has been accepted to the film school of her dreams in California, which means she’ll get some much-needed distance from her loving but overbearing parents, tech-loathing, nature-loving dad Rick (voiced by Danny McBride), and her punitively positive mom Linda (Maya Rudolph). Yet, on the morning Katie’s due to fly out to school, she finds out her dad has canceled her plane ticket so the whole family—including little brother Aaron (voiced by Mike Rianda) and their obese pug Monchi—can drive her instead. Across the entire country. She’s not amused.

Then a tech uprising, led by a new line of helper robots and aided and abetted by every piece of technology in the world, threatens to not only ruin Katie’s chances at film school but, you know, plunge the world into a tech-led dictatorship.

The first trailer for Rianda’s film does solid work with the talented cast, with a few winning sight gags and recurring jokes (Monchi licking Rick’s face is funnier than it should be). The conceit—that technology is controlling and separating us from the people we love—is fairly hard to argue.

Check out the trailer here. Connected hits theaters on September 18, 2020.

Here’s the official synopsis from Sony:

Sony Pictures Animation’s CONNECTED is an original animated comedy from director Mike Rianda (Gravity Falls) and producers Phil Lord and Christopher Miller (Spider-Man: Into the Spider-Verse, The Lego Movie), about an everyday family’s struggle to relate while technology rises up around the world! When Katie Mitchell (voiced by Abbi Jacobson), a creative outsider, is accepted into the film school of her dreams, her plans to meet “her people” at college are upended when her nature-loving dad Rick (voiced by Danny McBride) determines the whole family should drive Katie to school together and bond as a family one last time. Katie and Rick are joined by the rest of the family, including Katie’s wildly positive mom Linda (voiced by Maya Rudolph), her quirky little brother Aaron (voiced by Mike Rianda), and the family’s delightfully chubby pug Monchi for the ultimate family road trip. Suddenly, the Mitchells’ plans are interrupted by a tech uprising: all around the world, the electronic devices people love – from phones, to appliances, to an innovative new line of personal robots – decide it’s time to take over. With the help of two friendly malfunctioning robots, the Mitchells will have to get past their problems and work together to save each other and the world!