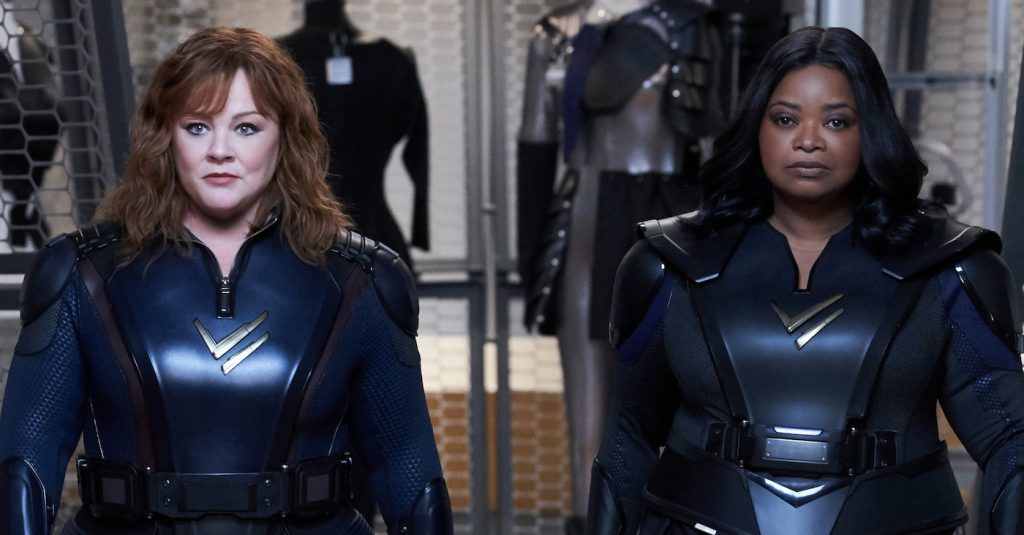 One of Netflix’s big releases this year is the Ben Falcone written and directed Thunder Force, starring Melissa McCarthy and Octavia Spencer as estranged childhood best friends who band together to take on a surfeit of supervillains. The superstar duo was on hand on The Ellen Show where the trailer for their upcoming comedy appeared, giving us a glimpse of what they’ve got cooking here.

You’ll note right from the jump that the Thunder Force trailer is going to create a Pavlovian response in superhero film fans. The trailer opens with Seal’s “Kiss From a Rose,” which will conjure—for those of us old enough to remember it—Joel Schumaker’s Batman Forever. A pivot to AC/DC’s “Thunderstruck” during a training montage is taking direct aim at our memories of Iron Man 2. The conceit here is simple enough—Thunder Force will have some gentle fun with the now colossally influential superhero genre, filtered through two of the most engaging actresses alive.

McCarthy plays Lydia and Spencer is Emily, and their superhero abilities are achieved through brains and blunder. Emily’s developed a way to give ordinary folks extraordinary powers, and when she reconnects with her old pal Lydia, those powers are granted through Lydia’s refusal to not touch things Emily told her very clearly not to touch. Voila!—a superhero team is born.

The cast is sensational, and includes Bobby Cannavale as “The King” and, in one of the trailer’s silliest/best parts, Jason Bateman as “The Crab.”

Check out the trailer below. Thunder Force is due on Netflix at some point in 2021.

In a world where supervillains are commonplace, two estranged childhood best friends reunite after one devises a treatment that gives them powers to protect their city.