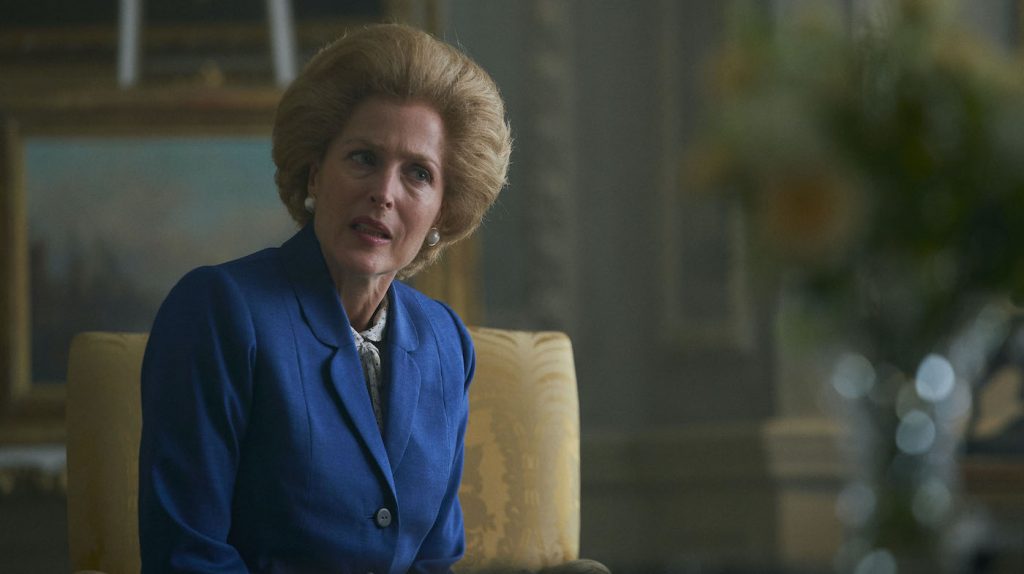 I’ve watched the screeners for this season and yeah Gillian is gonna win all the awards https://t.co/Z4F4V0JuCh

In season 4’s official trailer, just released from Netflix, we’re treated to the dynamic that will be central to the series going forward—between Anderson’s indomitable Prime Minister and Olivia Colman’s steady, steely-eyed Queen Elizabeth.  The drama begins immediately, with Thatcher remarking that she and the Queen have enough respect for one another that they can “ask ourselves some of the bigger questions—woman to woman.” The Prime Minister goes on to point out that they’re just about exactly the same age, only six months separates them. “Oh,” the Queen replies, “and who is the senior?” Thatcher’s response? “I am. Now.”

Yeah, this is about all we need to see to know that The Crown‘s upcoming season has a very good chance of being the best yet. And that’s saying something for a show that’s been this consistently excellent. Watching Anderson and Colman square off as the two most consequential figures in the United Kingdom’s 20th Century is going to be a hoot.

Check out the trailer below. The Crown season 4 premieres on Netflix on November 15.