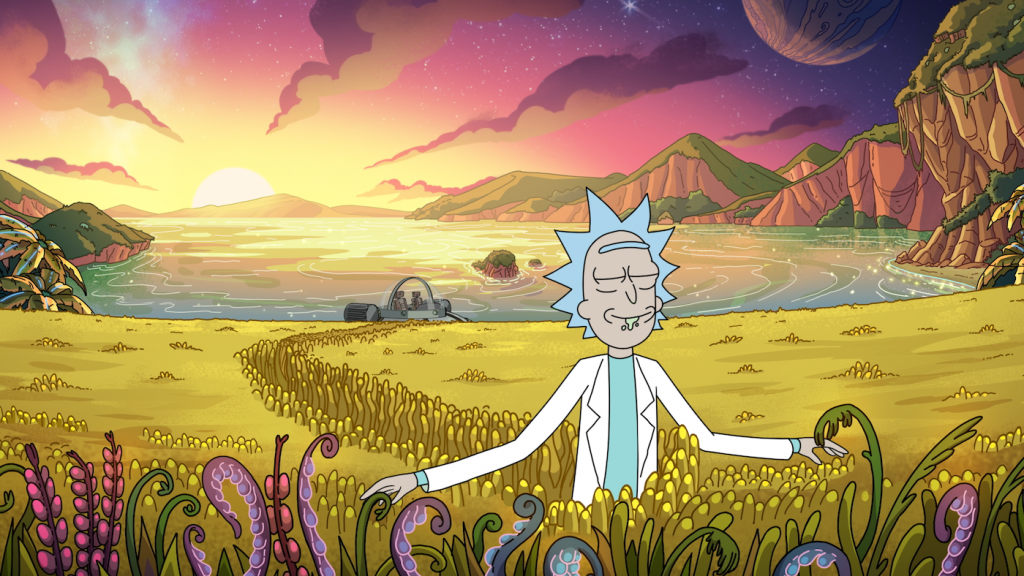 Need a laugh? Yeah, us too. We all do about now, and there are few more reliable places to get a bunch of them then Justin Roiland and Dan Harmon’s Rick and Morty. Season four continues on May 3, which, yes, feels like a very long time from now. The Emmy Award-winning animated comedy aired five episodes of season four at the end of last year (December 15 to be exact), and now we’ve got the second half of season four coming our way. Our favorite sociopathic genius scientist Rick Sanchez (voiced by Roiland) and his sidekick grandson Morty (also voiced by Roiland) are front and center in this new trailer, reminding us that this is one of the most happily insane comedies on television.

Adult Swim has announced that season four includes another five episodes. The trailer gives us a glimpse of Summer (voiced by Spencer Grammer) as an apparent god-like figure ruling over a bunch of aliens, Rick and Morty in some super-powered Gundam suits, and the perpetually mocked Jerry Smith (voiced by Chris Parnell) trying (and failing) to remind his family that he has dreams, too.

The trailer is packed with the usual cosmic hijinx that Rick and Morty has been supplying since the beginning, ratcheted up to 11. How many times has Morty ended up naked and terrified in this series? Too many to count, and here he is again in his birthday suit running for his life.

There is something to be said for enjoying a comedy that is gleefully committed to gonzo storytelling right about now. While the vast majority of us are practicing social distancing while our healthcare providers are quite literally showing us what heroism looks like in real life, a fun, wholly insane animated comedy is not a bad way to spend some time.