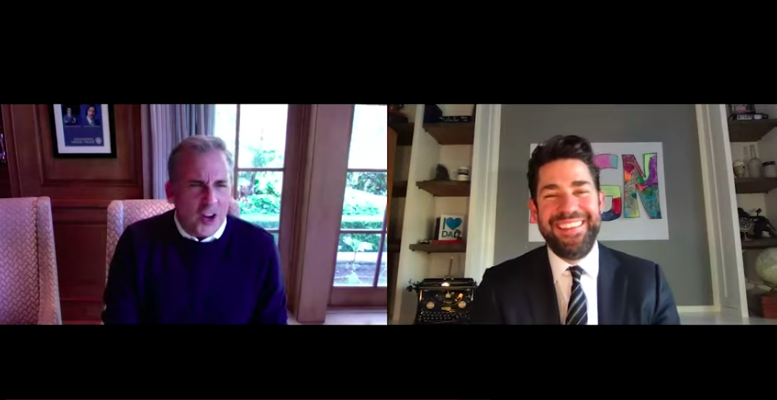 If you’re looking for something funny and heartwarming (and frankly, who isn’t right now?), John Krasinski has got you covered. The writer/director of A Quiet Place (parts I and II) and, of course, a former member of The Office‘s phenomenal ensemble cast, has a new YouTube series called Some Good News, which delivers exactly what its title promises. The first episode, now streaming, also includes an interview between Krasinski and Steve Carell about their work on The Office, which is timed to the show’s 15th anniversary. The interview starts at the 5:50 mark. It’s joyous.

Krasinski recorded this from his home, which adds to its adorableness. For example, the logo was created by a budding designer who also happens to be his daughter. Some Good News includes a section about the healthcare workers who have been going above and beyond to battle the spread of COVID-19. The footage features applause for these heroes, from Spain to London to New York City, and even out at sea. It’s extremely touching to see how people are showing their appreciation for doctors, nurses, and more who are on the front lines battling this pandemic.

Some Good News doesn’t only include Krasinski’s interview with Carell, but there’s also an interview with a young girl named Coco who just finished chemotherapy treatment. Grab your tissues.

Check out the full episode below.