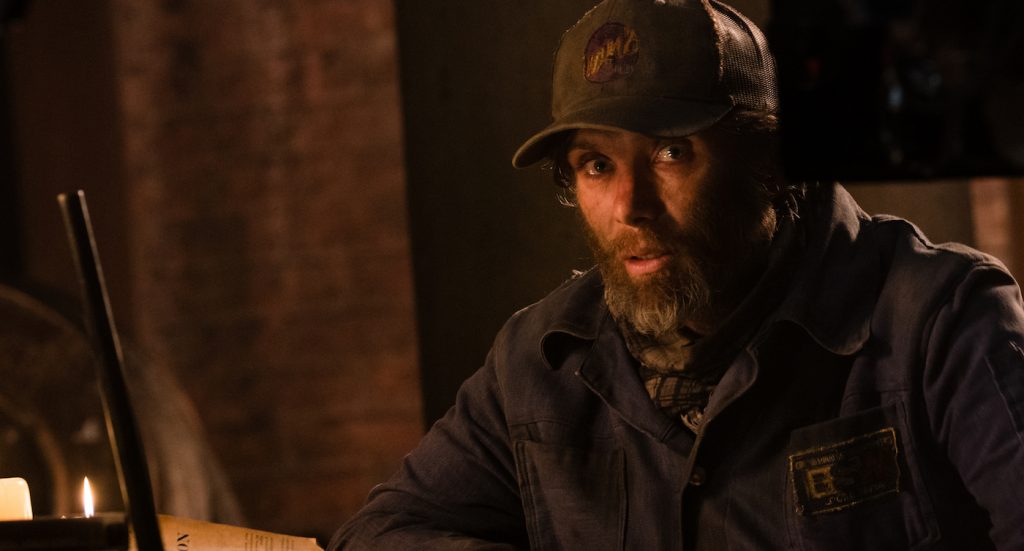 The early reactions to John Krasinski’s A Quiet Place: Part II were more or less all raves. In revisiting the remaining members of the Abbott family after the thrilling, chilling events in his surprise 2018 smash hit, Krasinski expands the post-apocalyptic world in Part II. The early reactions praised Part II‘s brilliant expansion of the story, as well as retaining what made the original so, well, original. Part of the expanded world includes newcomers like Cillian Murphy’s Emmett, who, like the Abbotts, has pieced together a soundless, anxious life, or at least he’s trying to. Like everyone else, Emmett is trying not to be heard—and murdered—by the sound-hunting alien monsters that have ravaged the world. In a new featurette released by Paramount, we learn a bit more about the always excellent Murphy’s taciturn character, and why he could the Abbott’s savior or their undoing.

“There’s so much loss in his life he doesn’t feel the need to be a part of any community,” Krasinski says of Emmett at the opening of the featurette. “He’s shut down, unwilling to help, frightened, fearful…done.” This comes from Emily Blunt, whose Evelyn Abbott will come into contact with Emmett as she and her surviving children venture out from their destroyed home. Emmett is not in the mood to take on any new friends, or charges, even after Evelyn reveals the fact she’s got an infant with her. Krasinski says that Emmett’s fear makes him unpredictable, which of course makes him dangerous.

Delve into the mystery behind Cillian Murphy’s character with this behind-the-scenes look at A Quiet Place: Part II. Tickets now available for the A Quiet Place Double Feature on March 18. See A Quiet Place Part II in theatres everywhere March 20.