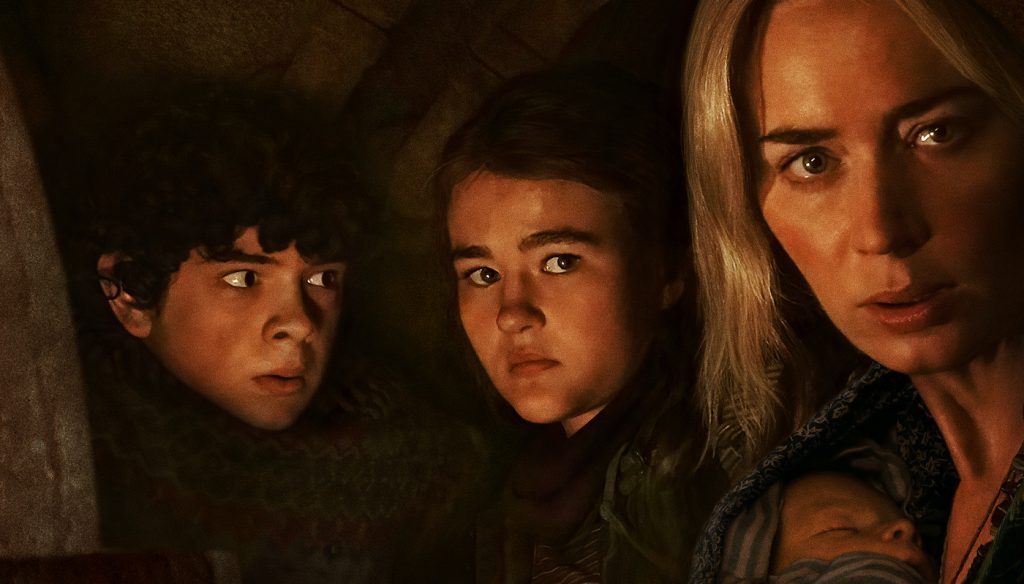 We’ve been eagerly anticipating director John Krasinski’s A Quiet Place: Part II since we heard the sequel was in the works. Now, with the first early reactions appearing online, we feel vindicated in our belief that Krasinski, along with his stellar cast and crew, were going to nail the follow-up. The first reactions hail Part II, reveling in the way the film finds fresh ways to tease out its central conceit; people trying to survive in a world in which alien monsters hunt by sound.

Speaking of people, the first film was squarely focused on the Abbott family, led by Lee (Krasinski) and Evelyn (Emily Blunt), who were trying to keep their children Marcus and Regan (Noah Jupe and Millicent Simmonds, respectively) alive—and quiet! Evelyn was also pregnant, complicating matters tremendously. The Abbotts, especially pregnant Evelyn, had all the odds stacked against them—yet they survived. Well, not all of them—Lee sacrificed himself to save the children. In the sequel, the remaining Abbotts venture out into the larger world, and in doing so come in contact with other survivors (played by Cillian Murphy and Djimon Hounsou, no less), while the monsters are still out there, hunting and killing at the slightest hint of sound.

It sounds as if Part II is a must-see. Here, then, is your spoiler-free reaction round-up. A Quiet Place: Part II hits theaters on March 20.

A QUIET PLACE PART II: A worthy, world-expanding followup that builds on the original and finds its own thrills, chills, and emotions in the process. Audiences should still be banned from eating crunchy snacks during any and all screenings. ?

The use of sound in #AQuietPlace Part 2 is still so vital. In what could easily have been a retread, @johnkrasinski finds unbelievably creative ways to keep the movie’s niche from getting stale. The entire cast is fantastic and it’s riveting from top to bottom. @quietplacemovie pic.twitter.com/gZHRyJOKXU

A QUIET PLACE PART II is not at all what I expected, and that’s a great thing. A very creative sequel that goes to some unexpected and satisfying places. Bravo Millicent Simmonds. #AQuietPlacePartII #AQuietPlace

Damn, #AQuietPlace Part II rocks! Honestly, just as tense and terrifying as the first one. There are some sequences in this film that are a masterclass in suspense. Bravo, @johnkrasinski. So good, so emotional, too. pic.twitter.com/3uSBwvCw0R

So #AQuietPlacePartII was incredibly tense & builds upon the story from the first film in some unexpected/inspired ways. Cillian Murphy RULES & Millicent Simmonds really comes into her own her with a truly phenomenal performance.

A QUIET PLACE PART II is “Tension: The Movie.” I have a stomach ache now from how tense this movie is. (Also, this turned out to be a surprisingly great Cillian Murphy movie.)

Holy crap! @quietplacemovie is a helluva ride. The movies over and my body is still tense. Kudos to the whole cast for making me feel every emotion with their acting. @johnkrasinski knocked it out of the park #AQuietPlace2 pic.twitter.com/fVcrQEhxO3