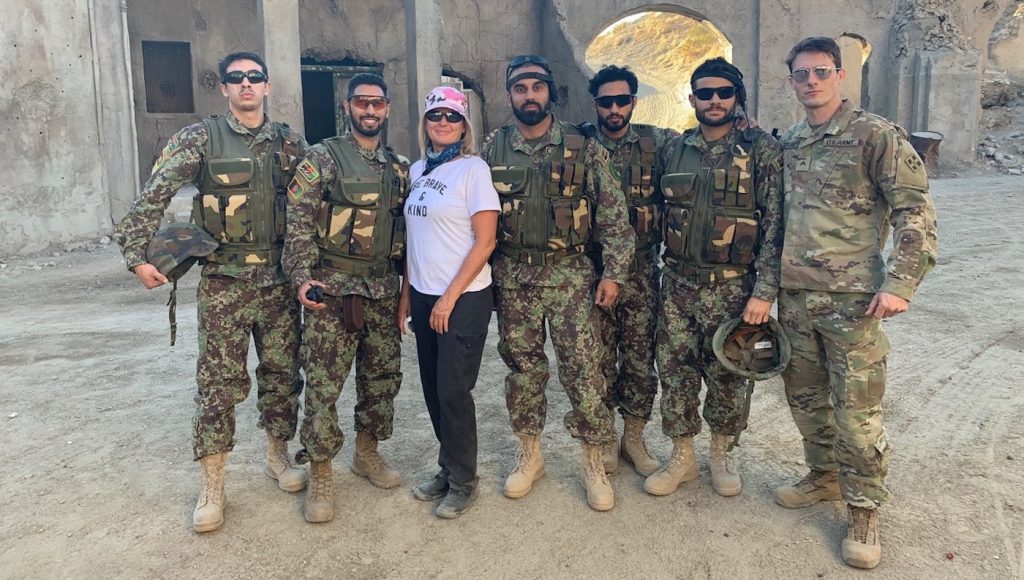 With the spread of COVID-19 affecting the entertainment industry in unprecedented ways, below-the-line filmmakers are facing the prospect of weeks, or months, without income, some without health insurance or paid sick leave. These are the folks who make the films and television shows we love possible. They’re costume designers and assistant directors, gaffers, grips, and animators. They’re makeup artists and hairstylists, they’re art directors and location scouts, they’re the people who design the sets, tailor the clothes, block the shots, and perform the stunts. And when your favorite show or film has ended principal photography, their work is far from over. They design the sound, create the score, correct the color and edit the footage. Without them, there is no movie, there is no television series, and there is no entertainment industry.

To that end, we’d like to highlight some of these people whose work is the heart and soul of the industry we love. In these unprecedented times, as we all find ways to come together while being apart, let’s not lose sight of all the people whose livelihoods cannot withstand weeks or months of no work.

People like Aisha Coley recently helped cast Ava DuVernay’s incredible Netflix series When They See Us. Casting directors are integral to our industry, and their work, often unheralded, is visible in every film and show we watch. For a series like When They See Us, which had a large ensemble cast, Coley’s work cannot be overstated. The show was ultimately nominated for 11 Emmys, including a win for Coley herself for casting the series. Yet we bet she’s just as happy that eight of those Emmy nominations were in the acting categories. Jharrel Jerome won an Emmy for Outstanding Lead Actor in a Limited Series, the youngest person ever to win this award. None of this happens without Coley’s vision.

“[Casting this series] took more looking… because we reached out to kids who didn’t have agents, and reached out regionally, in New York, Baltimore, maybe Boston, and Atlanta. We just happened to get to some kids who were really, really talented and had a maturity about them, really understood the subject matter, and were able to tackle it.

What a character wears tells you a lot about their history and their state of mind, and it’s also one of the most visible, often memorable things about a production. In Birds of Prey, the look of Harley Quinn (Margot Robbie) and her band of female superheroes was a huge part of the movie’s appeal. Costume designer Erin Benach gave the bad girls of Gotham their look, starting with Robbie’s scene-stealing Harley.

“We really clued into all of Harley’s character traits, like the idea that she loves impracticality and has this inner child. Harley can take whatever she wants from the window of a store anywhere she is.”

Their work is as visible as a costume or production designer, but they’ve got the added difficulty of often having to make last-second, sometimes take-by-take adjustments to make sure actors look the part. For the team who worked on Dolemite is My Name, co-department makeup head Vera Steimberg and co-department heads of hair, Carla Farmer and Stacey Morris, had their work cut out for them—the film charts the rise of the self-produced blaxploitation movie icon Rudy Ray Moore in the 1970s. This required these talented artists to focus not only on creating the real looks of Moore and his confreres but also recreate how they all looked in the actual Dolemite film.

“There so many good color palettes now, we can recreate any era. You don’t have to go to the makeup they had back in the day,” Steimberg told us.

The men and women who make up the industry’s incredibly talented stunt performers are responsible for some of the most thrilling moments captured on camera. For stunt coordinator Kathy Jarvis, hanging out of helicopters on the set of 68 Whiskey is all in a day’s work.

“I liked that there was action in every episode and that the action drove the story. Some of it was comedic, some was introducing characters. As a stunt coordinator, it gave me a wide breadth of things that I could actually do. I was excited about that.”

We’ve been telling the stories of below-the-line filmmakers for 8 years and counting, and never before has it been more important to remind people how important they are to this industry we love, and how protecting them means protecting the films and shows we love.