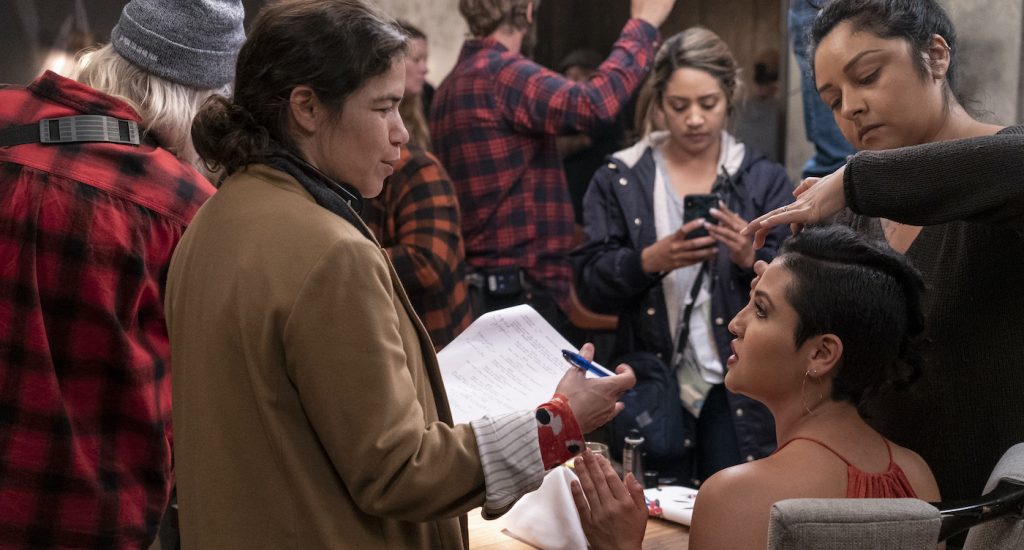 As COVID-19 has spread across the globe, hundreds of governments are attempting to deal with the rapidly spreading pandemic. The first and most important factor in assessing the damage that coronavirus has caused is measured in human lives. According to the most recent accounts from the New York Times, coronavirus has sickened more than 170,400 people, with 6,619 deaths. The pandemic has spread to at least 140 countries.

Then there is the damage to the economy. In the entertainment industry, The Credits area of interest, the story has largely been about the halting of productions, the delaying of film premieres, the closure of movie theaters (in Los Angeles, New York, New Jersey, Maryland, Indiana, and counting), and the infection of Tom Hanks, his wife Rita Wilson, and now Idris Elba. Huge stories, all. Major productions ranging from Warner Bros. The Batman to Paramount Pictures’ Mission: Impossible – 7 to Universal Pictures’ Jurassic World: Dominion have had to shut down, while TV shows on networks from Apple, FX, Netflix, and NBC and more shuttering production, too. Huge releases, including Fast & Furious 9, A Quiet Place: Part II and MGM’s No Time to Die have been pushed back weeks, months, or in the case of Fast 9, nearly a full calendar year.

As damaging as these stoppages and calendar changes will be for the businesses, there are also the millions of people who work on these productions, including the below the line filmmakers The Credits covers, whose livelihoods are at risk. From costume designers to key grips, from gaffers to production assistants, these folks are all facing a very uncertain future. Then there are the tens of thousands of local businesses that support these productions. While the material damage of COVID-19 comes second to the toll on human life, the economic fallout for millions, including the people whose work makes the entertainment industry possible, will be substantial and devastating.

One thing we’ve heard time and time again from the hundreds of filmmakers and TV creators we’ve interviewed over the years is how joyous it is to be able to work on different films and shows in a given year, to plunge into a production, give it your all, and then get to work on something completely different for their next project. Yet this freedom comes with a price; unsalaried, film and TV crews are hit hard when production halts. We’ve never seen a shutdown at this level before.

How many people are we talking about? The film and television industry supports some 2.5 million jobs across all 50 states, with 892,000 people directly involved in producing, marketing, distributing, and manufacturing films, TV shows, and video content.

It’s not only the people working on these productions specifically who have been plunged into this unprecedented situation; all the ancillary businesses that film and TV productions support, from caterers to laundry services will be hurt. A shutdown in production means a slowdown in local economies. The entertainment industry is made up of more than 93,000 businesses in total, and 87% of them are small businesses who employ fewer than 10 people.

The entertainment headlines you’ll continue to read about are big stories for this industry. But so, too, are the stories about the millions of other people in the industry who aren’t in a position where they can absorb weeks or months of no work. These are stories that deserve to be told, and these are people who deserve to be protected, too.