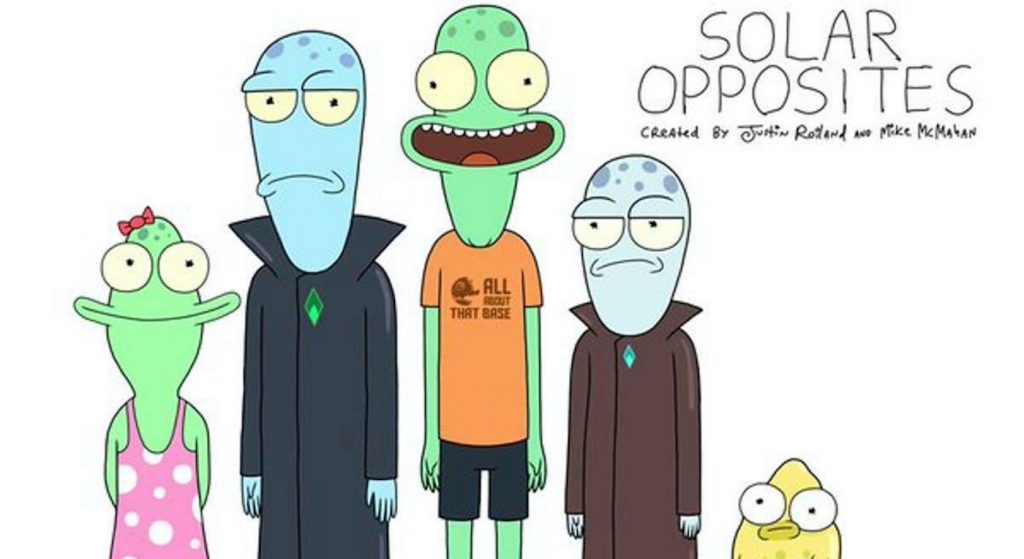 We could all use a laugh in these dire times, and there have been few shows on TV that so reliably elicit actual LOLs than Rick and Morty. So, the news that Rick and Morty co-creator Justin Roiland and writer Mike McMahan have a new animated series coming to Hulu is manna from outer space. Behold the first teaser for Solar Opposites, Roiland and McMahan’s alien comedy. The voice cast is bonkers, the conceit allows Roiland and McMahan to embrace their inner sci-fi lunatics, and the whole, gleefully cosmic shebang is available on Hulu on May 8.

Speaking of the voice cast, let’s have a look, shall we? Roiland himself is joined by comedian Mary Mack, Silicon Valley’s Thomas Middleditch, and The Goldbergs’ Sean Giambrone in the main cast. Then there’s the huge list of actors who will be offering their voice acting chops in cameos; Christina Hendricks, Tiffany Hadish, Ken Marino, Jon Barinholtz, and Alfred Molina to name just five.

Co-created by Justin Roiland (Rick & Morty) and Mike McMahan (ex writer’s assistant on Rick & Morty), Solar Opposites centers around a team of four aliens who escape their exploding home world only to crash land into a move-in ready home in suburban America. They are evenly split on whether Earth is awful or awesome. Korvo (Justin Roiland) and Yumyulack (Sean Giambrone) only see the pollution, crass consumerism, and human frailty while Terry (Thomas Middleditch) and Jesse (Mary Mack) love humans and all their TV, junk food and fun stuff. Their mission: protect the Pupa, a living super computer that will one day evolve into its true form, consume them and terraform the Earth.

More on how filmmakers, like cinematographer Kira Kelly, are responding to their sudden furlough.