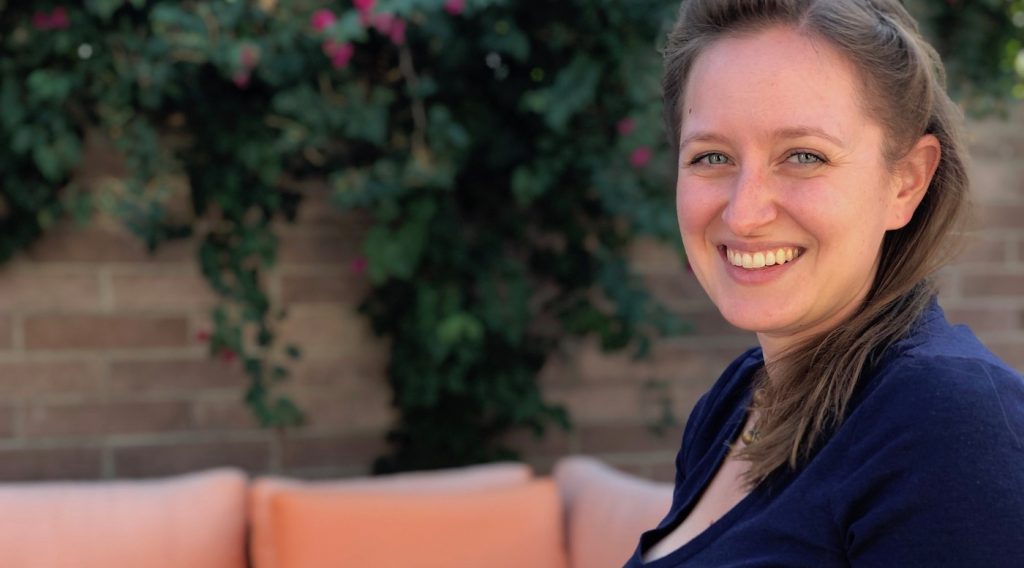 The call came in 2014. It was 6 o’clock at night, Rachel Apatoff remembers. Would she be interested in working as a costume production assistant on a little TV show called Mad Men? It would bring her a straight 10 months of work, a nice stretch of employment for anyone in the industry, not just for a costumer.

Well, sure, Apatoff told them. When did they want her to start?

Tomorrow at 8 AM, they said.

“That’s the way the industry works,” says Apatoff, a 34-year-old costumer and aspiring costume designer living and working in Los Angeles. “I think in some ways I am uniquely suited for that because I am a very in the moment kind of person.”

But even for an in-the-moment being like Apatoff, and even for an industry where unpredictability is just another Tuesday, the coronavirus has been devastating.

When it hit, Apatoff whose specialty is period costumes had been working six days a week, even turning down jobs. Most lately she had been working full time on the new Amazon pilot for A League Of Their Own. Like so many others in the industry, she watched as productions ground to a halt.

She acknowledges that, in the greater scheme of things, she was relatively fortunate. A League of Their Own had just finished production and she was already looking for new work. But as The Credits continues to document and report in articles like this,  many others in the industry, including friends of hers, saw projects halted in midstream.

It wasn’t just the flow of costumer jobs that stopped. It was a halt in momentum for her dream agenda: to be a fully dedicated costume designer. Last fall, that momentum had begun when she was hired for her first feature film as a designer. Operating with “a quarter of the money it should have had,” it was a challenging shoot. But for Apatoff, the experience was “was astonishing, exhilarating, thrilling, even in the most frustrating and hair-tearing moments. You’re working 100 hours a week, you’re not getting paid anything, and your project is impossible and it’s still the most fun to be able to say, ‘Okay, this character feels sad and lonely in this scene and we’re going to show that by having her wear her dead dad’s old sweatshirt because, you know, she wants to feel more loved and safe.” You get to dive so deep into the little nitty-gritty details of how people feel about their situation and about themselves, and how they present themselves as a result.”

She resumed costumer work while the movie was in post, with the hopes that its release and its appearance in festivals would help her line up my next designer gig. But when the pandemic expanded worldwide and L.A was put under shutdown, everything, as Apatoff recently put it, “completely abruptly, unceremoniously stopped.”

A proud member of IATSE Local 705, the Motion Picture Costumers Union, Rachel had patiently and methodically built a career as a costumer. The job on Mad Men had led to another job on TV’s The Man in the High Castle. She had continued as an assistant costumer, and then as a costumer on television shows such as 2018’s Strange Angel and The Assassination of Gianni Versace: American Crime Story.

Being a union member, Apatoff says, “gives me health care and a pension. And on union productions, a certain level of pay, and a certain level of respect, where crew members from other departments understand better what you do, and give you the space to do your work because it’s just as important to the whole as theirs is.”

But then there’s the dream. Designing that feature last fall “totally reaffirmed what I always wanted to do.”

How far back does that dream go? Waaay back, according to Rachel. As an infant, her very first words, directed to her terminally pants-wearing mother, were “Put on a skirt.”

“My mother also told me she worried when I was very young because when she was young she would play with dolls and she would make up stories, but when I was young I would just change their clothes all the time.”

But as Rachel and her mother have come to understand, “I was just telling a story in a different way. If you have Barbie and she’s in a bathing suit, then she puts on a party dress, and then she’s wearing a wedding dress, that’s a narrative.”

It turns out, Rachel will be her own wedding Barbie. She and her fiancé, a working screenwriter in Hollywood, plan to get married on July 4, and they are hoping life will have returned to something closer to normalcy, so that Rachel’s grandparents, who live in Chicago, can be part of the ceremony.

When life does resume, and the industry does get fully back to work, she plans to regain that momentum again, as she continues to negotiate the balance between working as a union costumer and building experience and credits as a costume designer. Like everyone else on the planet, she’ll be watching and waiting.