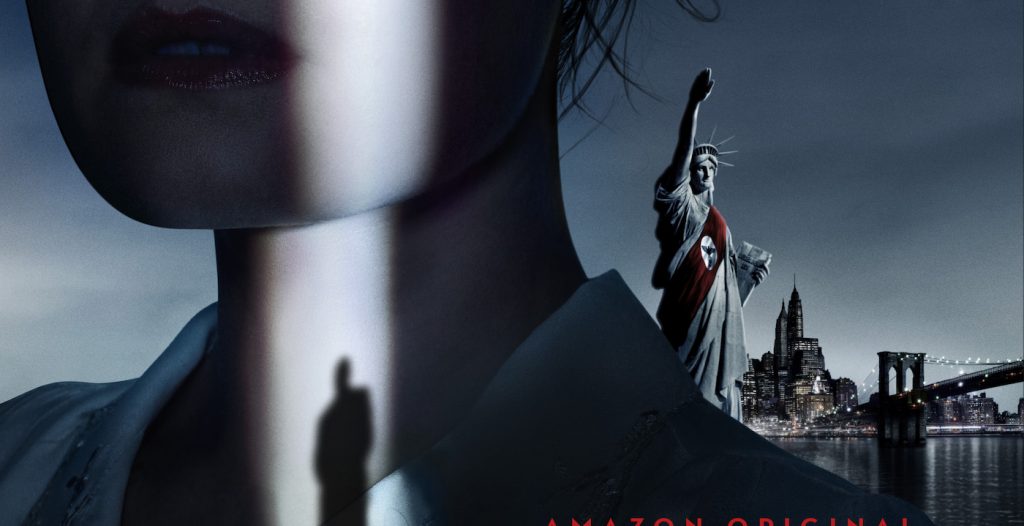 The third season finale of The Man in the High Castle sees the show’s alternate fascist reality, based on the eponymous Philip K. Dick novel, take a giant leap forward for Nazism in America — surrounded by cheering crowds, the Statue of Liberty is brought down under fireworks, fighter jets, and Himmler’s watch. The episode title, “Jahr Null,” means year zero, the showy start to a new future for America devoid of the country’s history. Post-explosion, rioters stream through New York’s streets chanting “blood and soil.” Lest this ring too strongly of fascism triumphant, the pro-Nazi melee masks the assassination of Himmler, only recently appointed Reichsführer.

Not far away in a tunnel in Lackawanna, Reichsmarshall John Smith’s (Rufus Sewell) colleagues’ efforts in bringing Nazism to democratic alternate realities are a 75% failure. In its third season, The Man in the High Castle fully takes up the sci-fi mantle, with multiple characters crossing through worlds but not time — whether it’s Juliana Crain’s (Alexa Davalos) sister, Trudy, visiting her in the show’s primary setting, or Tagomi traveling to a democratic United States, those who can change worlds stay rooted in the 1960s. “Especially as the show has gotten more science fiction heavy in some of the ideas of dimensional travel, from a VFX standpoint, we’ve definitely tried to double down on making sure that everything we do feels like a historical reality rather than a science fiction reality,” says Lawson Deming, TMITHC’s visual effects supervisor, “because the impact of the ideas in the show is dependent on us believing that it could have happened.”

Inspired by Philip K. Dick’s nuanced focus on details, like Civil War memorabilia and the novel-within-the-novel The Grasshopper Lies Heavy, Deming and his team have created an entirely credible alternate yet retro world in New York, San Francisco, The Neutral Zone, and Berlin, from footage mainly filmed on location and sets in Vancouver. “In some cases, we play the same locations for completely different sides of the country, and that means doing different visual effects,” Deming says. “The location that was used in season one for Canon City has come back in a number of ways, been redressed, and we even did digital set extension to recreate New York City just in a parking lot.” For “Jahr Null,” which sees not just the destruction of Lady Liberty, but Juliana’s capture and successful travel-disappearance, and the Nazis’ unsuccessful world-hopping experimentation, Deming and his team are nominated for an Emmy.

Unexpectedly, the cloistered Lackawanna tunnel, in which Nazi experiments to reach other dimensions are conducted, required the least of the episode’s VFX input. “Funny enough, that being one of the most fantastical science fiction elements in the show, it has very little visual effects in it,” explains Deming. with most of the tunnel scene shot on a set that his team worked on to render deeper and longer than reality. The Statue of Liberty takedown, however, relied on a heavy visual effects dose to convey the moment as celebratory as it is destructive.

“The idea of this event is as a propaganda tool, so they make it as bombastic as they can,” says Deming. There are jets, colorful smoke trails, fireworks, music, and a slew of onlookers in nearby boats. However, “the process by which the statue is destroyed is very clinical,” with the real destruction coming from explosives rigged at the bottom of the monument, to guarantee its ruin. To convey “the juxtaposition of what they’re really doing and then this show around it,” says Deming, the visual effects department handled moving parts, including missile smoke, fiery smoke, water simulation, the destruction itself, and the fact that the statue’s period torch would have been different from today’s. And because the island the statue sits on is substantially wider than the base, “We had to work with our animation team and our dynamics team to essentially figure out a way to get the statue to slide down the rubble of its pedestal, to the point that it would tip over and its arm could conceivably break off at the edge of the water,” Deming explains.

Opposite the pageantry of this world is the manner in which traveling characters come and go. When Juliana escapes prison and interrogation by Smith in the final moments of the episode, her disappearance to another world is marked by a wisp of moving air and a bloodstain, from the shot Smith takes, hitting the wall that was once behind her. Other travel is similarly understated. “There was a lot of debate about how the best way to do it would be,” says Deming. “Once you start getting into weird vortexes and lightning or smoke, it starts to become too specific.” With a quiet sense of mystery, the notion of mind-driven world-hopping is more convincing, not less.

“Even when we’re doing big sequences that have potentially fantastical elements, we try to remain true to this idea of a believable reality,” says Deming. Some might argue that the current events are doing the visual effects supervisor’s work for him, with the show’s fascist global takeover mainly seeming fantastical due to its Sixties-era setting, and being led by Germans and Japanese. However, The Man in the High Castle resonates not just merely because of contemporary parallels, but thanks to a commitment to characters who respond to terror realistically and villains who are believably rather than cartoonishly evil (for his role as the conflicted Reichmarshall, for instance, Rufus Sewell is a standout). “Definitely in all the work that we do, we try to underscore that,” emphasizes Deming, “because the show has much more significant ramifications if you believe that it’s set in a world that could exist.”